Julie O'Sullivan, the long-standing publican of the Queen Victoria, will have her last trading night on Wednesday 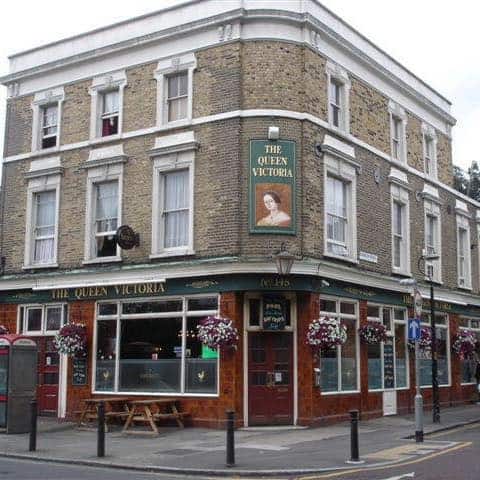 The popular boozer will see its last trading night under the current publican, Julie O'Sullivan, before being handed back over to Ei Publican Partnerships (Image: Facebook)

A Bermondsey boozer said to have inspired the iconic Queen Vic in EastEnders is set to close temporarily as the brewery have brought back the lease in-house – and could change it into a trendy pub.

The Queen Victoria, on Southwark Park Road, had its final night of trading under its current publican on Wednesday, and was due to hand over the keys to the brewery on Friday.

Ei Publican Partnerships will close the pub temporarily to refurbish it, the News understands.

The pub’s long-term landlord, Julie O’Sullivan, 58, told the paper that she thought the owners brought the lease back in-house to avoid forthcoming legislation that would allow publicans to buy their own beers. The publican, who had been running the pub since 1997, said: “It’s definitely the end of an era. I feel gutted for my customers because I did try and fight it.

“It’s a real community pub. We did things like taking old folk down to Southend on a double-decker bus, we bought children Easter eggs every year, we did Christmas dinners every year.”

Sir Simon Hughes, who has been advising Julie and her family on the lease, said: “Julie’s done a great job for many years in the area, she’s been very active in the community.”

The pub’s owners, Ei Publican Partnerships, made moves to bring the lease back in-house in autumn, a policy it is replicating across some of its other pubs.

In Bermondsey in recent years the same brewery brought the leases of the St James’s Tavern and the Marquis of Wellington back in-house.

A spokesman from the company said it was committed to making sure the pub remained open and thriving.

He said: “We are in ongoing dialogue with the current publican in regards to their expiring lease at The Queen Victoria.

“We would like to reassure customers that we are committed to ensuring that this site remains an attractive and thriving pub at the heart of the local community.”

The Bermondsey boozer is said to have been the inspiration behind the Queen Vic on Albert Square and has seen many of its cast pop in for a pint over the years.

“Before Eastenders went on TV, the original cast used the pub as a dummy run,” said Julie, who moved from Essex to run the popular local.

“Then the Eastenders bar was called the Queen Vic and it looks like mine on the outside.

Ei Publican Partnerships did not comment specifically on any future changes that might happen to the pub when originally contacted by the News.