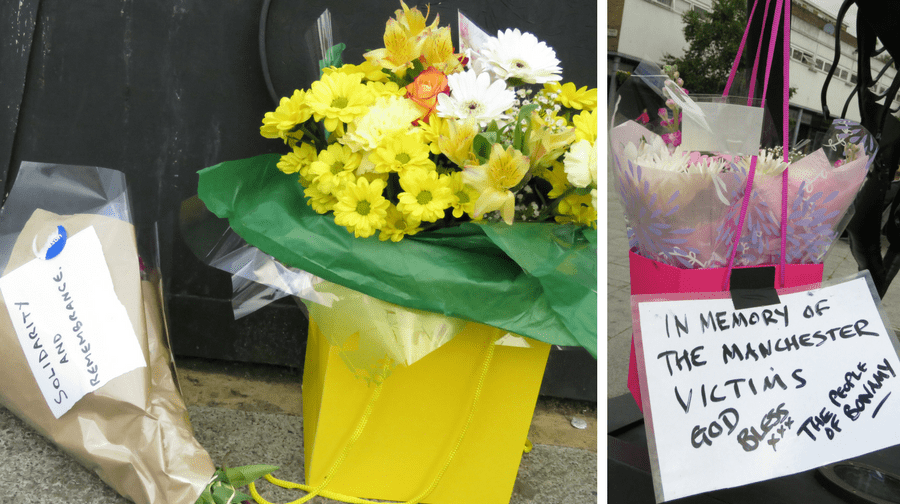 Floral tributes have been laid in the Blue in Bermondsey in memory of those who died in the Manchester attack.

22 people, including children, were killed after a home-made bomb was detonated in the foyer of Manchester Arena as crowds streamed out of US singer Ariana Grande’s concert on May 22.

The youngest victim to be named was eight-year-old Saffie Roussos, from Lancashire.

Lynda Kenney, who lives on the Bonamy Estate, in Bermondsey, laid the flowers yesterday (Wednesday) after a neighbour suggested creating a memorial to remember those who died.

“There’s an old man on our estate named Tommy Tucker who came over one day and said he would like to have a memorial for the kids so I said I would get the flowers,” said Lynda.

“He just thought it could be anyone’s kids and it doesn’t bear thinking about what the families are going through.”

“It made us feel a bit better about it,” she added.

In total, 116 people were admitted to hospital after the attack, with 63 still receiving treatment, including 23 patients who are in critical care.