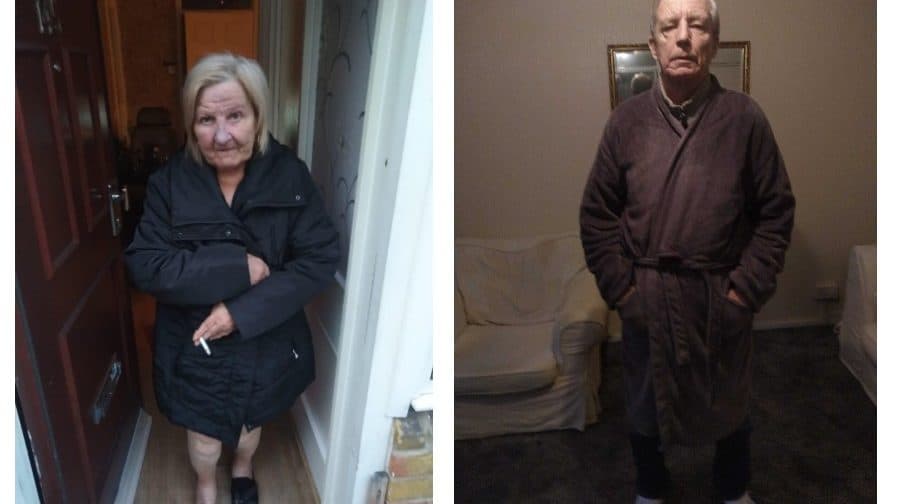 Tenants were left cold in their own homes since October

Fed-up council tenants on a Bermondsey estate have been left without consistent heating for a shocking four months – even over Christmas.

Residents of the Rouel Road estate have been experiencing difficulty with their heating since October 1, forcing them to shiver in the cold inside their own homes.

Some have resorted to wearing their winter coats indoors in an effort to stay warm.

Others, who have been given fan heaters to make up for their non-functioning radiators, have racked up high electric bills from having the expensive devices running constantly.

Residents first sounded the alarm to the News months ago – and when we contacted the council, officials promised that the heating situation was all in hand.

But months later, and despite several enquiries from this paper, residents in Woolstaplers, Amina and Cadbury Way are still left out in the cold.

Terry, 72, has lived on the estate for nearly 40 years; this has been the longest the estate’s heating has gone off.

“It’s freezing,” he said. “I’ve just had enough of it. They keep palming you off, the council, but you get nowhere.

“You ring them up but there’s no-one in the office, and they say they’ll get back to you, but they never do.

“I’ve got a little fan heater, but it’s not having much of an effect. It’s just a joke.” The pensioner has been forced to sit in his coat and dressing gown to keep warm, even over the Christmas period, he told the News.

“It’s not just me, there’s loads of us,” he said. “Even people in wheelchairs.” 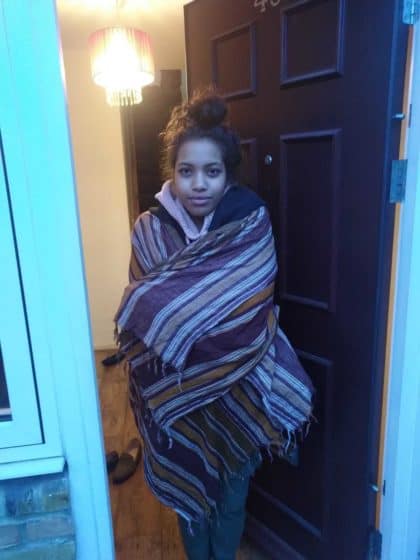 While outages are affecting the whole estate, some have got their heating back temporarily, while still fearing it going off.

Mum Charlotte, who lives on Amina Way, said she got some heating back the week before Christmas, but hadn’t had any for three months beforehand.

But now she faces a battle to be refunded the extra cost of expensive electric fan heaters she was forced to use.

“It’s a lot of money,” she said. “I’ve had to pay it on top of the heating that I wasn’t receiving. That’s the next fight on my hands, to get it back.

“But they just don’t seem to care. It’s been four months, they kept on saying it’s been sorted, but it’s just not true.

“There’s so many vulnerable tenants and people with needs as well, this shouldn’t be happening.

The News has contacted the council three times about the issue of heating on the Rouel Road estate.

In November, we were told that the issue had been sorted.

But residents told us this was not the case. Subsequent requests for comment went unanswered.

READ MORE: District heating nightmare: ‘I heated my flat with the oven on Christmas Day’

Disgusting absolutely atrocious and again do Southwark Council not realise this is a pandemic and real suffering real people with by the Councils own admission and own policy entitled to Safe, Warm, Dry homes. Think Southwark Council need reminding again as civil unrest rightly so is a powerful tool and I am witnessing exactly that Borough Wide as a Southwark Resident myself Civil Unrest!

I am a Southwark council tenants for 31 years. I have posted my concern about lack of care for tenants on your website before but you didn’t published my comment.

Currently there has been no heating nor hot water in my flat for over 2 weeks. An appointment was booked 2 days ago after several phone calls to their emergency line and repair department but their contractor didn’t turned up. I kept calling them throughout the day, their customers advisers told me to stay in my flat until 21.30 hour at night. Then I went to their website to log a complain, they didn’t allowed my complaint to go through.

I was in my flat yesterday until 09.50 hour yesterday for a block sink repair before leaving my house for work, by the way i used half a day of my annual leave which most of the annual leave was used for waiting at home for their repairs last couple of years.

In the evening after I arrived back from work my daughter who is currently at university in another city called me to report that Southwark council contractor called her about hot water boiler repair, she also said that Southwark council contractor wants me to call them. They didn’t make any arrangements with me to stay home for repairs for my heating or boiler. They have my mobile number but they didn’t called me but instead they called my daughter who was in a different city. I don’t know how they got my daughters mobile number, she’s never on their council list, very creepy! I rang them this morning regarding the situation, I was told by their customer service adviser confirmed that they called my daughter yesterday but he did not tell me how they got her phone number instead he said the contractor can not attend for the work to be done until Monday because they claimed that they came to my flat yesterday at 8.00am but there was nobody in the flat. Another shocking lies, they have forgotten that a different contractor was in my flat until 09.50am and I was there in my flat until he left.

There’s still no hot water or heating in my flat.

I have taken my case to court.