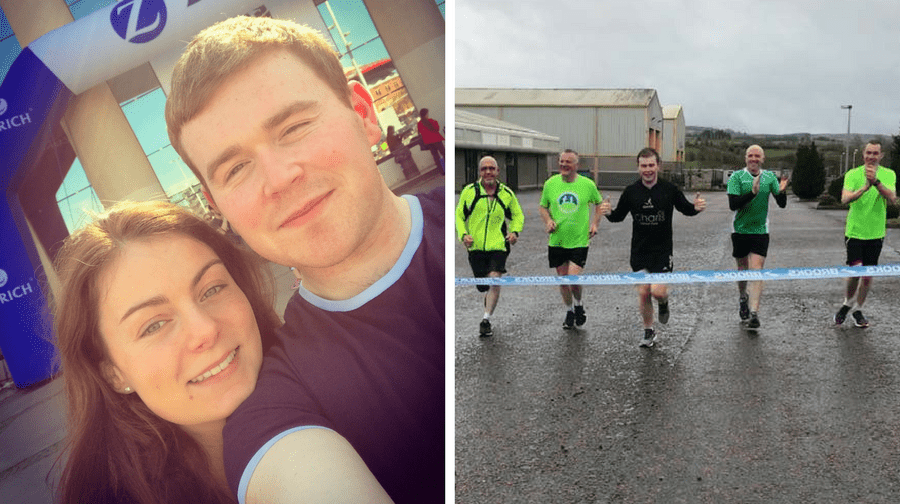 A runner is taking on 50 marathons in 50 days to raise money for charity.

Paul Corey will end his 50-marathon streak when he crosses the finish line of the London Marathon on Sunday.

But his girlfriend, Rachel Franklin, said his dream almost ended when he was hospitalised for two weeks in January/February this year.

“He had a pretty serious thyroid condition and he was told to give up the endurance sports,” said the 24-year-old.

“While he was in hospital he was lying there and decided that he was definitely going to do it, so he just went for it.

“He didn’t have any training and the first ten days were the hardest thing he has ever had to do. His legs were double the size they should’ve been and he got shin splints and everything.”

Fortunately, things picked up for Paul, who runs his own fireplace business, and he is now nearing the end of his challenge, with just three more marathons to go after today (Thursday).

“On day nine he ran a 4.15 marathon and from day ten he just got stronger and stronger, and faster and faster,” said Rachel, a support manager.

“The thing he is tackling is the sheer boredom of having to be alone each day doing a marathon, but the good thing is lots of people have come out to give their support.”

Rachel and Paul are both members of London City Runners, who meet in Druid Street three times a week.

The couple, who live in Stratford, will be running the marathon together on Sunday to raise money for Cancer Focus, Deaf Elders, Meningitis Now, and Charis Cancer Care. To donate, visit: www.justgiving.com/fundraising/fifty50