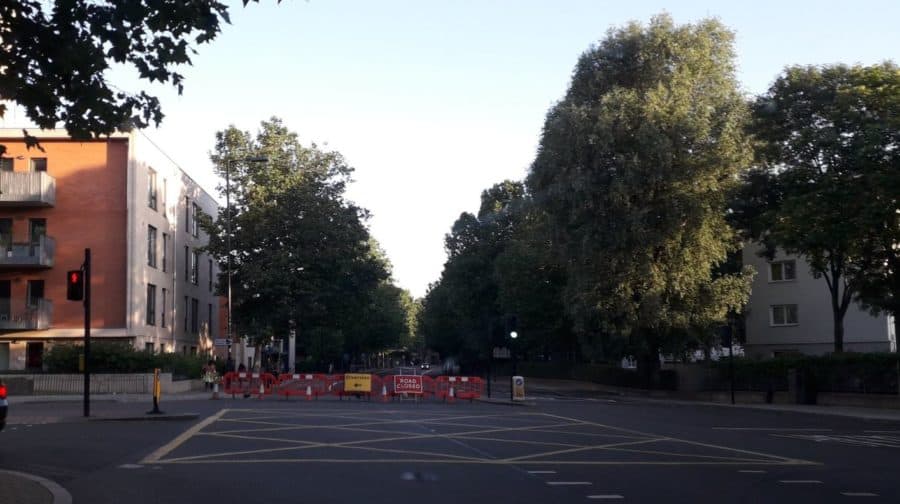 The road has been closed westbound at the junction of Abbey Street due to a burst water main - which may take three days to repair (Image: Danny Davies)

A section of Jamaica Road is closed over due to a burst water main.

The road, which is a main artery into northern parts of the borough, is currently closed westbound at the junction of Abbey Street while engineers attempt to fix the problem.

Thames Water are reportedly estimating it will take three days to repair the burst main – which is also when work is due to start on the construction of Cycleway 4 route, causing disruption to motorists.

A200 Jamaica Road is *closed* westbound at Abbey Street due to a burst water main. Thames Water are estimating three days of works to repair it. pic.twitter.com/hxh4Funf6t

Bus services are also on diversion due to the road closure.

A spokesperson for Thames Water said: “We apologise to anyone affected by the closure of Jamaica Road.

“This is due to a leak on to the road. Engineers are carrying out repairs and we hope to reopen the road as soon as possible.”

The representative was unable to confirm immediately how long the work would take.

Work constructing the major cycle route between Tower Bridge and Rotherhithe from July 5 also means traffic will be reduced to one lane in each direction on the road until April 2020.

TfL are warning motorists to expect delays on Jamaica Road, Tooley Street and in the area approaching the Rotherhithe Tunnel.

“The lane restrictions on the Rotherhithe Roundabout and Jamaica Road mean that roads are likely to be extremely busy and delays are expected,” the transport agency has advised.