Bermondsey shopkeeper attacked as wife ready to give birth 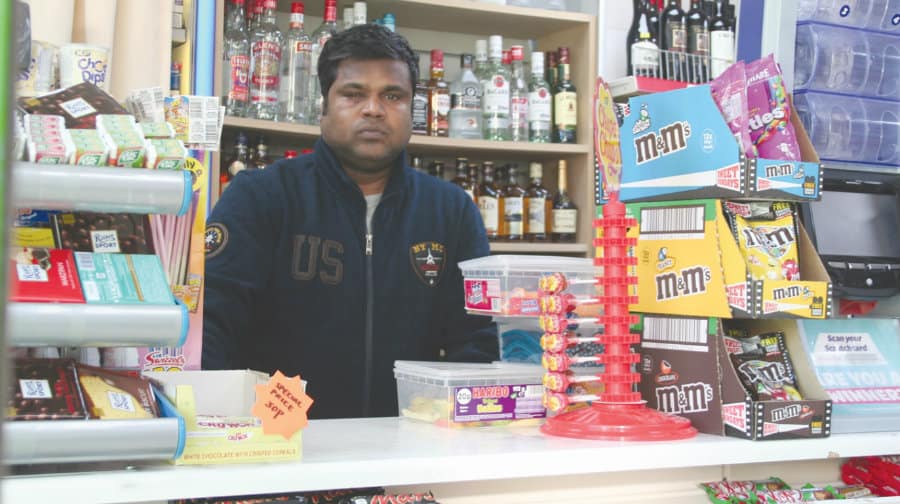 A Bermondsey shopkeeper was attacked on Tuesday just as his wife was waiting to give birth to their first child.

Police were called to the Linsey Street Supermarket just before 1pm to reports of an assault.

Muru Kesu, 37, who only took on the shop a few weeks ago with his wife, Davina, was struck over the head with a beer bottle by one man as another man broke into the till.

He was knocked out cold and the next thing the expectant father knew, he was waking up in hospital.

Meanwhile, Davina was waiting at their home in Ilford, four days overdue with their baby.

Muru was discharged on Wednesday morning and, after checking on his wife, he went back to the shop.

“I’m scared now,” said Muru, who still does not know exactly how much money was taken.

A friend of the couple and a regular customer, who did not wish to be named for fear of reprisals from the attackers, said: “They work so hard and want to be part of this community then mindless thugs go and do something like this.”

The friend, who has lived near to the shop for more than 40 years, said the couple “work tirelessly” from seven in the morning until nine at night and they “hardly make a penny.”

By the time the police arrived, the suspects had fled the scene, but it is hoped CCTV footage outside the shop will help identify them. No arrests have yet been made. If you have any information please call the police on 101.

Muru’s wife Davina was still waiting to give birth as the News went to press.

The police cordon outside the shop on Tuesday afternoon

what is the world coming to ?

Southwark NewsNewsBermondsey shopkeeper attacked as wife ready to give birth