Plans for a student development in Bermondsey Spa have been scaled back in response to residents’ concerns. CKC Properties and Student Urban Living Bermondsey Ltd have submitted revised plans for the site adjacent to the Buddhist Centre, in Spa Road, where they hope to build a residential student development. The original pre-application plans proposed an ... 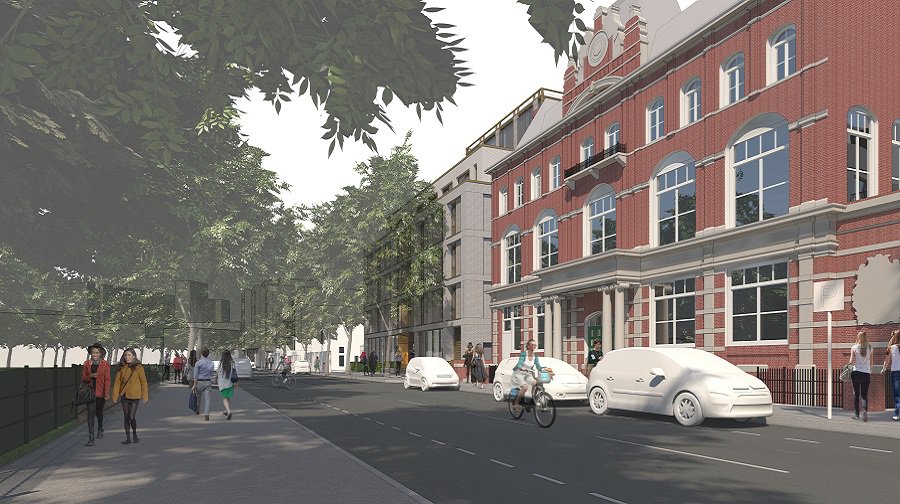 Plans for a student development in Bermondsey Spa have been scaled back in response to residents’ concerns.

CKC Properties and Student Urban Living Bermondsey Ltd have submitted revised plans for the site adjacent to the Buddhist Centre, in Spa Road, where they hope to build a residential student development.

The original pre-application plans proposed an eight-storey building with 206 studio bedrooms, but the final plans submitted to the council have been scaled back to seven storeys, including the ground floor, and 205 rooms.

The amount of green landscaping has also been increased to act as a screen between 11-13 Spa Road and the neighbouring building in response to residents’ concerns.

During a public exhibition earlier this year, concerns were raised over privacy issues, the impact to the Buddhist Centre, traffic and congestion during construction, and the size of the development.

Of the 98 people who attended the exhibition, 66 completed feedback forms which revealed 46 of those people did not support the principle of building student accommodation in the area.

The neighbouring Buddhists from the Grade II-listed Kagyu Samye Dzong Tibetan Buddhist Centre – built as Southwark’s first public library in 1892 – also feared the development would block out their light and ruin their tranquillity.

The proposed development is for a part four, five, six and seven-storey building with 205 studio bedrooms – five of which will be accessible and 20 of which will be easily adaptable for wheelchair users.

The site is currently occupied by West Leigh, a window repair and installation company, in one and two storey buildings which would be demolished to make way for the development.

Amenity space would include a social space, a quiet study space, a gym, and external courtyards if plans go ahead. A cycle store for at least 108 cycles would also be provided.

The amenity areas, including the common room, would be subject to a curfew at night, which would be managed by an on-site team.

A spokesperson for CKC Properties and Student Urban Living Bermondsey Ltd, said: “We are delighted to have submitted our planning application for 205 student bedrooms in Bermondsey, an area within five miles of six universities that will help address the huge unmet need for purpose built student accommodation.

“Our plans for much-needed student accommodation will also help to complete Bermondsey Spa’s regeneration and have the added benefit to the community of boosting the local economy.

“We have listened to all the feedback received throughout the pre-application period and we have made some notable changes in response to the community’s comments by introducing more green landscaping as well as reducing the scale, massing and position of the proposals.

“The proposals are further accompanied by a comprehensive student management plan to ensure the building is a good neighbour.

To view and comment on the plans, visit Southwark Council’s online planning register and search 17/AP/3281.