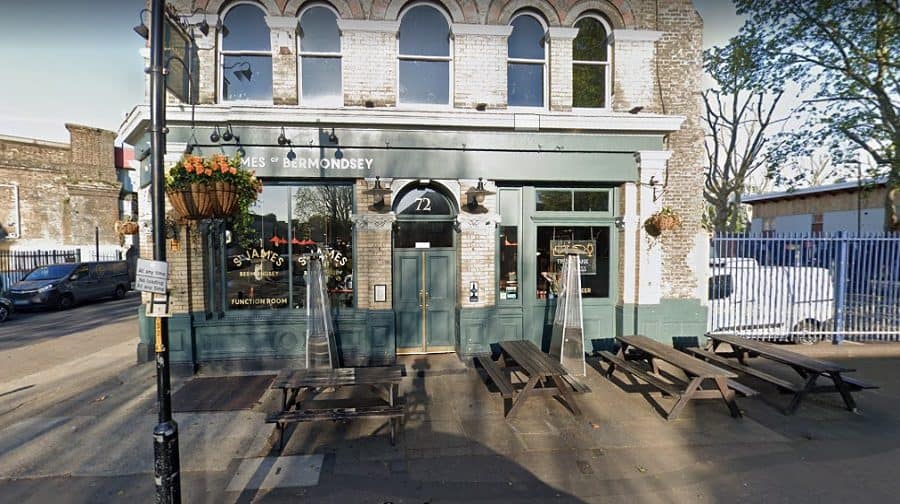 A Bermondsey pub has apologised after refusing to have a poppy appeal collection tin in its premises.

A staff member at The St James of Bermondsey, a craft beer joint, refused to have a collection tin for the poppy appeal earlier this week, which raises money to help members of the Armed Forces community.

The decision, which the craft beer joint said was ‘inadvertent’, sparked a fierce backlash – and now the boozer has apologised, saying it will donate money from pint sales to the Royal British Legion.

“Earlier this week a member of the team at St James of Bermondsey inadvertently refused the placement of a Royal British Legion Poppy Appeal collection tin within the pub; this was an error of judgement,” said the business in a statement.

“By way of an apology and to underline the value we place on the life changing work that The Royal British Legion undertakes we have committed to making a five pence donation for every pint sold at the St James through the week of Remembrance Sunday to the charity.” The trendy St James’s Road boozer added: “Our apologies again from all of the team at St James of Bermondsey.”

The pub had earlier insisted to customers who left negative reviews over the “absolutely disgusting and disrespectful,” decision that “we would never refuse a Poppy Appeal collection at St James,” and that there had been a “mix-up.”

The apology has been welcomed by some punters of the pub on social media.

“Good on the pub to realise the problem and redeem the situation, can’t knock them for the effort to rectify the situation and offer of a donation from each pint is good enough,” said Facebook user, Stewart Nicol.

“Give them the chance to put things right.” But another, Stacey Hewlett, said: “Won’t be giving your business any of my money regardless if you’ve now decided to support the poppy appeal.

“Disgraceful to refuse in the first place… How dare you turn your backs on the people who fought for your freedom.”

The appeal is the Royal British Legion’s largest fundraising event, held every November, throughout the period of remembrance.

The poppy is a world-wide symbol of remembrance for those soldiers who lost their lives in conflicts from the First World War onwards.

Their sacrifice is honoured with a symbolic poppy, after the poppies of Flanders Fields in World War One.

Money from donations given to the Royal British Legion from its appeal goes towards helping current and ex-servicemen and women, and well as their families.

More details can be found about the appeal on the Royal British Legion website, here.

Yes good on the pub for realising they don’t want to lose takings when people boycott the place due to their bad decision. Nothing to do with helping British legion, more about helping their takings ?

Apologizing after you insult those who died for our freedom is too little too late.If the pub was run by real Bermondsey people they would know how much this area suffered in the Blitz and how many local people were killed.Leave this pub to the yuppy snowflakes.Real Bermondsey people should boycott it.

Too little, too late

What about local residents from Iraq and Afganistan who might want to use this place? did our “boys” die for their freedom?

What an absolute disgrace. When perivous owners had pub poppy donation was a big thing and barmaids wore our poppies with pride.