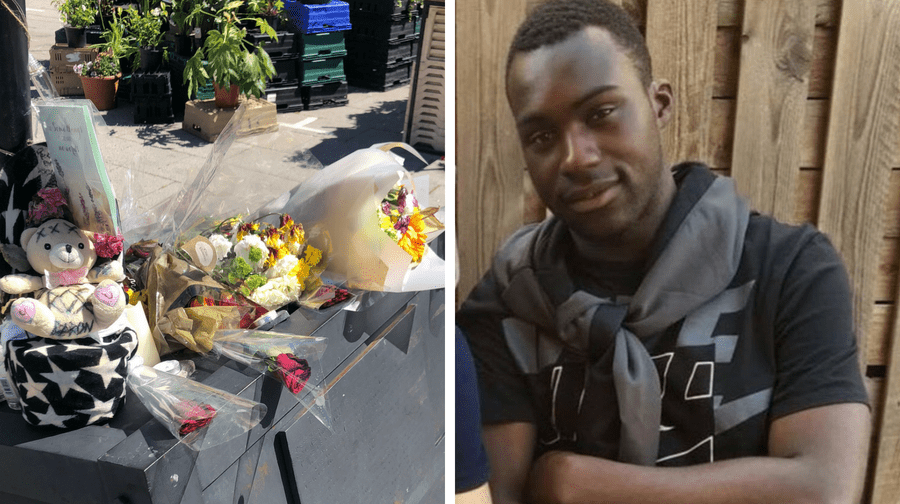 (Right) Joshua Boadu, 23, has passed away eleven days after being stabbed in Bermondsey. (Left) Tributes left in memory of Joshua in Bermondsey Blue Market square.

A popular 23-year-old man who was stabbed in broad daylight in Bermondsey has sadly died, his family has confirmed.

Joshua Boadu’s family kept a vigil at his bedside for eleven days after he was attacked but he tragically passed away in hospital this morning.

The community rallied together to pray for Joshua, affectionately known as SJ, with more than 200 people gathering for a candlelit vigil at the Blue Market square in Bermondsey on Tuesday night. He had been due to fly out to Canada with his family for a relative’s wedding but he was stabbed just two days earlier near Lucey Way.

His grief-stricken family visited the scene today, Friday, to lay flowers in his memory after announcing his death.

Police have launched a murder investigation and are urging anyone with information to come forward.

It is understood that Joshua was stabbed at about 6.21pm on June 11 following an altercation involving a group of males in Linsey Street, and that he then sought refuge at an address in nearby Lucey Way. Detective Inspector Ian Titterrell, who is leading the murder investigation, said: “At this early stage, we believe an altercation involving a group of males began outside Helen Taylor House in Linsey Street.

“The victim then took shelter at an address on Lucey Way after being attacked.