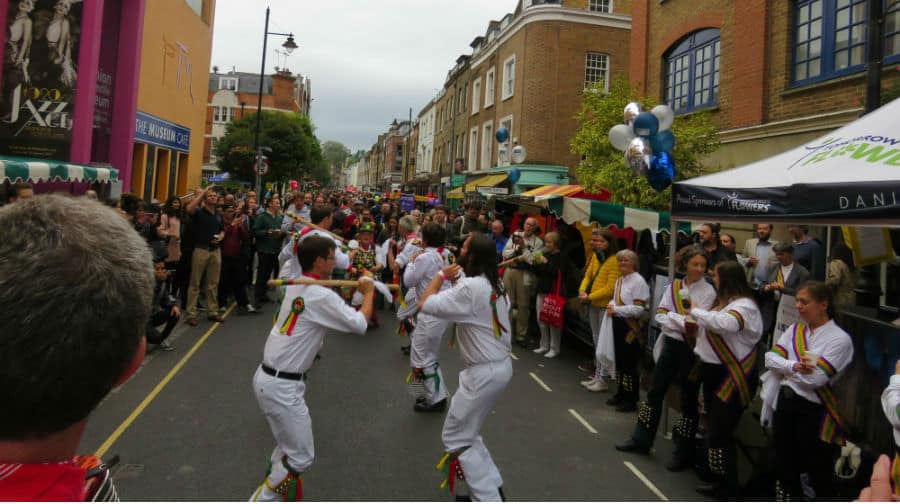 The popular Bermondsey Street Festival could face the axe tomorrow after police raised safety concerns about how the event has been run.

Councillors will decide whether to give the event a license tomorrow morning, but police have submitted concerns about the “poor management of the previous event” and a lack of hard barriers to prevent a potential vehicle-style terrorist attack.

Instead plastic road works-style barriers were used last year, said police – but the organisers denied the claim, saying they were never told to provide a hard barrier for safety reasons.

In a letter to the Licensing sub-committee, PC Graham White, of the Met’s Licensing Unit, argued last year’s event showed a “clear lack of organisation and structure.”

“The local neighbourhood police team raised a number of concerns and issues after this year’s event with the licensing team, mainly regarding the event management,” he said.

“Unless full security, licensing conditions and other public safety considerations are covered, we would consider it unsafe for the event to proceed.” Police pictured at the Bermondsey Street Festival in 2015

However, Bill Owen, organiser of the event, denied that the festival had ever been told to provide hard barriers to prevent unauthorised vehicle access.

“This isn’t the first event [we’ve held] since we have had a vehicle style terror attack and what we provided in previous years has met all the requirements.

“Our commitment to our visitors is paramount. We do everything to meet the requirements we have to buy dapoxetine local authority.”

He added that he had “no concerns” about the outcome of tomorrow’s meeting. Councillors may choose to reject the license, or to attach extra mandatory conditions for the event to go ahead.

The event’s website is currently unavailable, with a message stating: “At this moment in time we are working with Council Officers to clarify some issues so that we can move forward.

“The Metropolitan Police have raised a representation against our Licence which cannot be resolved and we will move to a formal licence hearing in early February.”

If the event is approved, the festival, described as a “village fete in the city” will take place on September 14.

The annual event on Bermondsey Street, which sees around 5,000 attendees, has been running for over a decade.