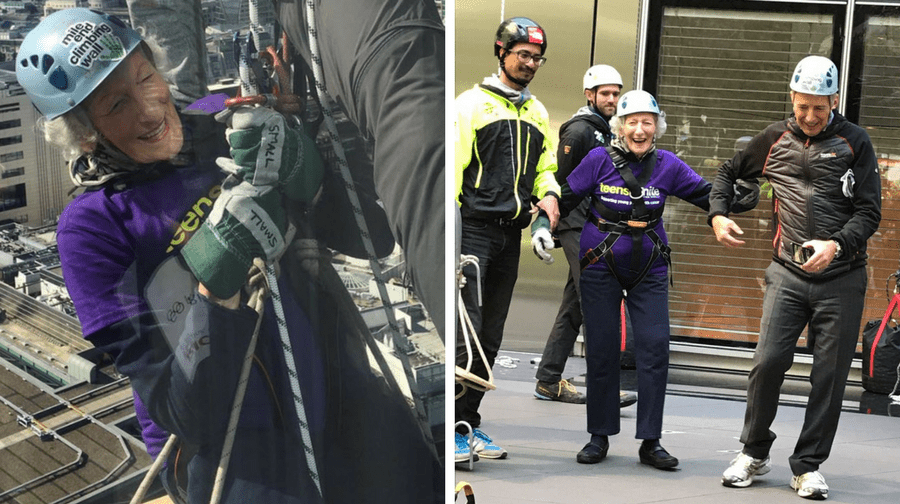 Rita, a mother of two, grandmother of four and great-grandmother of six, abseiled down the tower on Friday to raise money for Teens Unite, a charity founded by her daughter-in-law Debbie in 2007.

Rita, who still works two days a week in the confectionary department in Harrods, started the 540ft abseil at 11am and reached the bottom of the tower in just 35 mins.

Rita was joined in the abseil by her son Marco, and granddaughters Francesca Musk and Roxanne Lawrance, who works for the charity.

Speaking of her challenge, Rita  said: “When I reached the top of the building, it suddenly seemed a long way down.

“That was the most nerve-racking part, but I just had to remind myself of the young people I was abseiling for and the difference I was making to their lives.

“It was a once in a lifetime experience and I’m so pleased I done it. For now, I will keep my feet firmly on the ground.”

Teens Unite brings young people diagnosed with cancer together through workshops and activities to help them rebuild their confidence and self-esteem and learn new and life affirming skills.