This year’s is extra special as it's their 20th anniversary 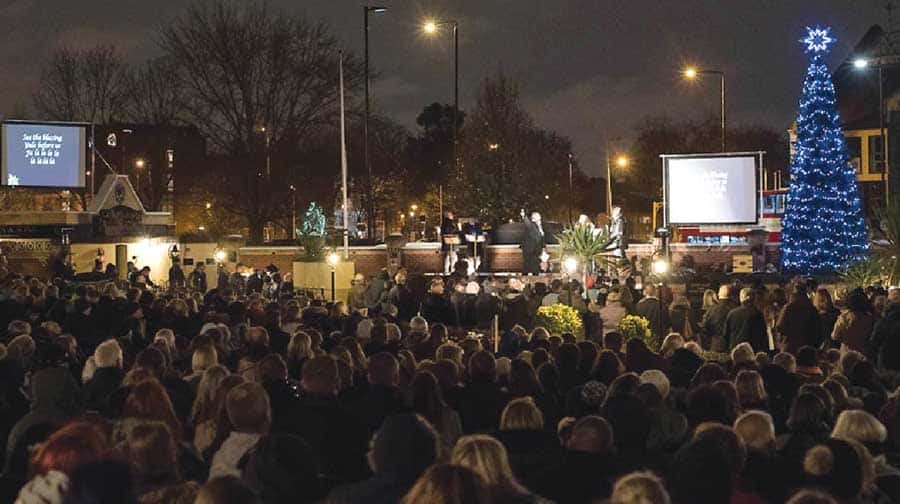 Thousands of people each year attend the Christmas memorial service at Bermondsey funeral director’s Albins  –  and this year’s is extra special as it’s their 20th anniversary.

Taking place next Wednesday, December 4th it gives locals a chance to remember lost loved ones as the festive period approaches.

People are invited to write personal messages that will then be hung on massive Christmas Tree in the garden. You can visit the funeral office at 52 Culling Road, Rotherhithe, London, SE16 2TN  from now until the service to write your message. The service includes carol singing, video displays of Albins’ work in Afghanistan and elsewhere overseas, the release of doves, a fireworks display and prayer.

As always Simon and Jon Dyer alongside their staff invite all those who attend to stay for mince pies, soup and mulled wine.

This is the 20th annual memorial service, which was established by the late Barry Albin-Dyer after getting the garden built in 1999. Jon Dyer told the News: “The memorial garden meant so much to our dad. It means as much to us and always will. It is a place for people to come together and remember those they have lost at Christmas, which is a time for the family.”

Gates to the garden will be opened at 6pm and the service will start at 7pm.