New tribute to Albert McKenzie, who fought valiantly during a WW1 to be shown to public this month 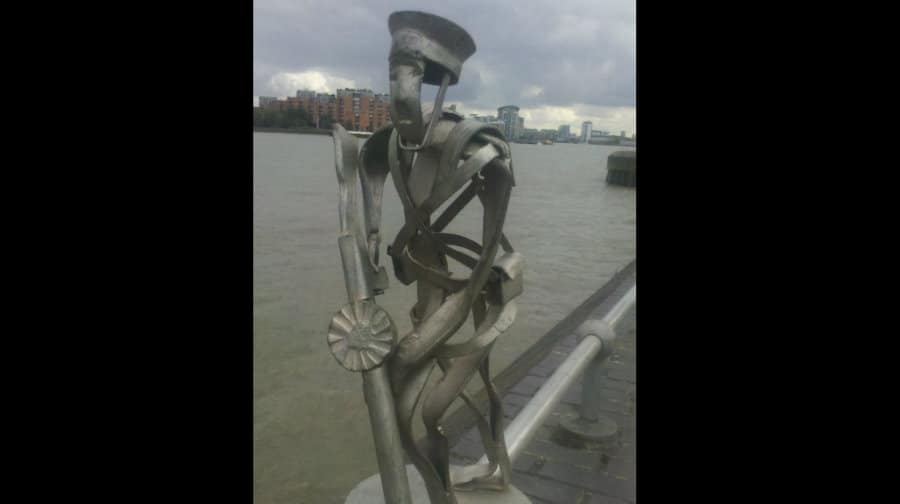 The statue of Albert McKenzie is ready to be unveiled

The memorial statue to Bermondsey war hero Albert McKenzie will be unveiled next Friday at a special ceremony in Tower Bridge Road.

The tribute to 18-year-old McKenzie, who fought valiantly during a WW1 mission in Zeebrugge Harbour in Belgium, will be shown to the public for the first time on October 23.

The ceremony will begin at 11.30am in the junction of Tower Bridge Road and Grange Road with a performance of war-era tunes by a military band.

The statue will be officially unveiled at midday and will be followed by a number of speeches from a number of people involved in the project. Among the speakers will be Albert McKenzie Memorial Fund chair Paul Keefe, Albert McKenzie’s great-nephew Colin McKenzie, former MP for Bermondsey and Old Southwark Sir Simon Hughes and the Governor of West Flanders.

Paul Keefe said: “It’s been five years of hard work and planning, so we are all really looking forward to it. Everyone came together and we can’t wait.”

McKenzie achieved legendary status in Bermondsey when he and his comrades stormed the Zeebrugge port’s heavily guarded harbour walls in 1917.

The group were bombarded with shells and bullets after attracting enemy attention, and many British troops were killed or withdrew.

McKenzie, however, kept going and made it through enemy fire to the harbour wall – which featured an iron ring that is being used in the statue. When his rifle was shot out of his hands he had to resort to physical combat.

In a letter to his brother, he recalls how he was left with no alternative but to start “pushing, kicking and kneeing every German who got in the way.”

He made it to safety and was subsequently awarded the Victoria Cross, but sadly died of influenza while recovering in hospital in October that year.