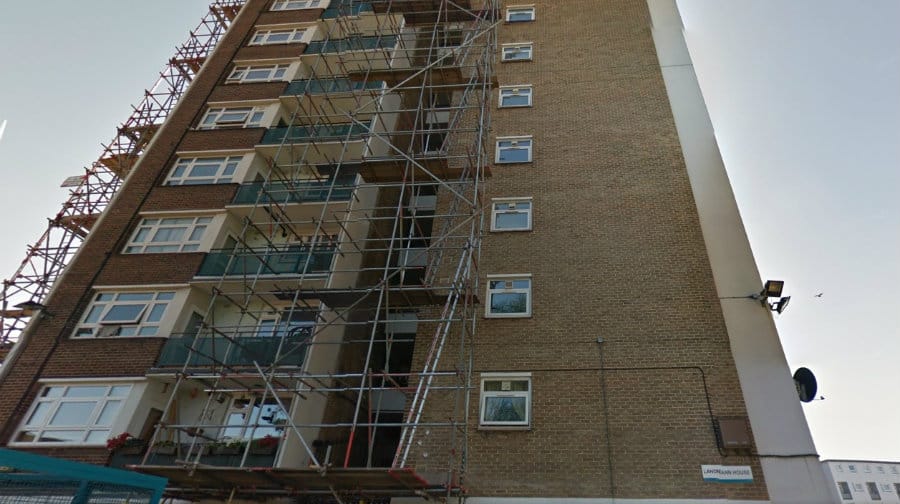 An Algerian woman drank drain cleaner and handed her partner a suicide note before jumping to her death from a sixth floor balcony in Bermondsey, a coroner’s court heard.

Taous Adem, 37, locked herself out on her sixth floor balcony in Landman House on Galleywall Road on November 17 last year.

Her husband Zamir Zugin desperately tried to kick down the door as his wife climbed over the edge and plunged to her death.

Construction workers from a nearby building site heard screaming and shouting followed by a loud thud in the moments before Adem was discovered.

When Zugin managed to get out he found his wife still breathing on the pavement. Emergency services were unable to save her when they arrived soon after.

Attending paramedics reported the smell of bleach and a bottle of drain cleaner was found on the balcony of the flat the couple shared. The drain cleaner had burned a hole in her stomach.

Police officers at the scene described having to restrain her distraught husband who repeatedly sobbed: “I just want her to live.”

Coroner Sarah Ormonde-Walsh said on January 6: “This is a difficult case and I do not always give a suicide conclusion because it carries with it a test that is high.

“She died by letting herself fall from the balcony and her death was very unexpected and possibly impulsive.

“If it helps the family at all she would not have suffered or been in any pain and would have died quickly.”

A suicide verdict was given.