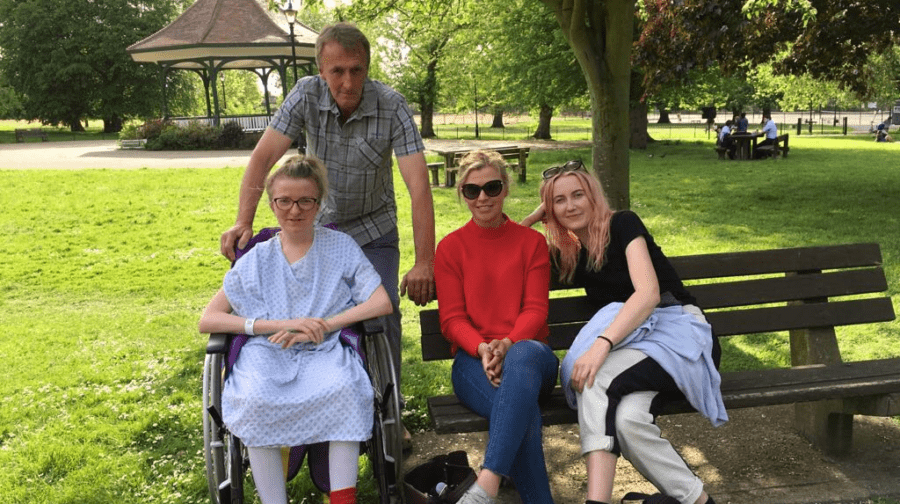 A Bermondsey woman is to undertake a gruelling disability triathlon to raise money for the Neurokinex charity which helped her, after she was left paralysed from the waist down.

Jo Williams was diagnosed with water on the brain at the young age of two, and needed a shunt fitted to drain the fluid.

Despite two further operations – to correct scoliosis at fifteen, and to refit the shunt at 22 – Jo attended university, where she was a frequent runner and horse rider.

But in April 2018, Jo suffered a spinal stroke, leaving her paralysed from the waist down.

Now 33-year-old is aiming to raise £1,500 for Neurokinex, a specialist rehab charity which helped her after her hospital treatment, by competing in the half Superhero Tri on Saturday, August 17.

“Neurokinex has helped me so much since I was discharged from Stoke Mandeville and the Superhero Tri event is a great opportunity for me to give back by taking part and raising awareness for the charity,” she said.

Her sessions with the charity have improved her arm strength and core and balance. The event, which takes place at Dorney Lake in Windsor, sees competitors compete solo, in pairs or in groups to tackle cycling, swimming and running challenges.

Jo will be taking on a 400m swim, 10k cycle and 2.5k run along with her Neurokinex trainer, Rocky Addison, who will be doing the swim section on her behalf.

““This will be a huge challenge but I’m looking forward to this event as it has been created specifically to welcome people with disabilities,” she said.

“It’s a great opportunity to get back into competitive sport on a more level playing field,”

At the time of writing nearly £1,500 has been raised for the charity ahead of Jo’s demanding challenging on Saturday.

As a disability-friendly event, organisers promise that participants will be fully supported, any specialist equipment needed can be used and there no cut-off times or limitations.

Jo’s fundraiser can be found here.

More information about Neurokinex’s work can be found at neurokinex.org.