Soldier Frederick Thorndyke was lauded for his courage 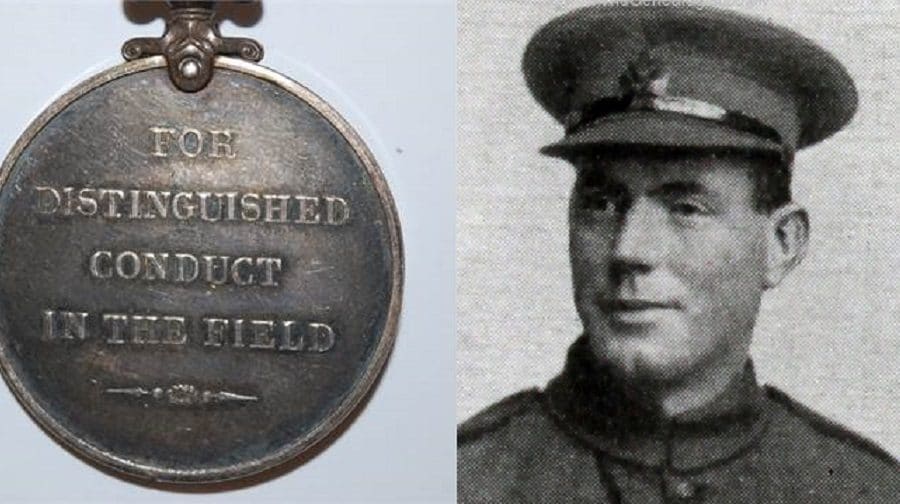 The medals of a Bermondsey WW1 war hero have been sold for £10,000 at auction.

The collection of Frederick Henry Thorndyke, registered in the 1911 census as a resident of Bermondsey, were sold last week through UK auction centre Lacy Scott & Knight (LS&K).

LS&K believe the medals will now be held in a private collection, but said the lot had attracted significant public interest.

Glenn Pearl, auctioneer at LS&K said: “The medals generated a lot of interest. We had six phone lines open and lots of people turned up to bid for them.

The medals were put up to auction by a dealer who traditionally specialises in coins and jewellery. They had been acquired over a number of years, and the seller had “no idea of their value,” according to Pearl.

Frederick Henry Thorndyke, was awarded the Distinguished Conduct Medal (DCM) following the Battle of Amiens in 1918 for showing: “the greatest courage and determination… He captured his objective and encouraged his men by his splendid example and disregard of danger.”

The London Gazette of 1919 reported: “During the operations of August 27th/28th, 1918, this warrant officer commanded a company in the attack with great skill and gallantry, all the officers having become casualties. With two other men, he captured two enemy machine guns… and was wounded endeavouring to capture a third.”

More than 650 allied forces died during the Battle of Amiens, on the Somme River in north-western France.