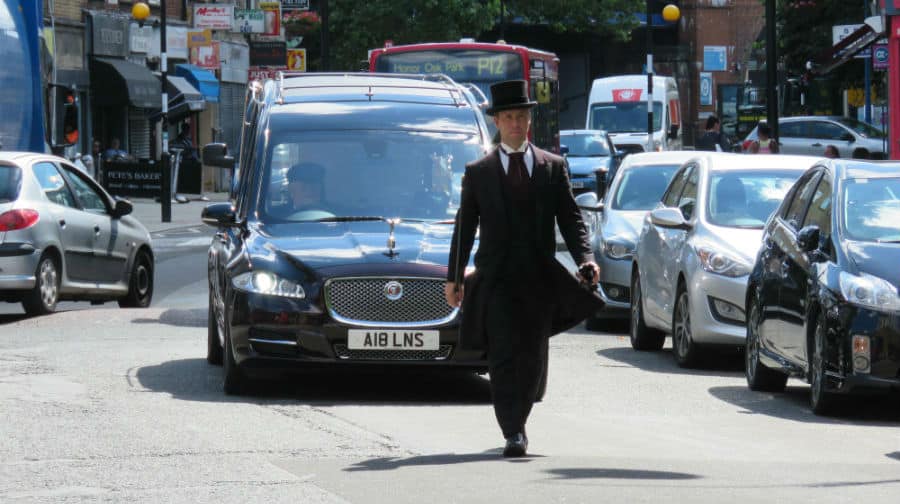 Close friends finally put a much-loved Bermondsey “gentle giant” to rest on Monday, two months after his death sparked a campaign to raise money for his funeral.

Meurig Gomer Wyn-Roberts, 53, known as Gomer, was cremated at Honor Oak on July 4 after a service was organised and attended by more than 30 of his friends.

The send-off came following months of uncertainty about what would happen to his body, after he was found dead above the Greyhound pub, Peckham in May, because no one could find his next of kin.

Gomer’s body was released to friends at the end of June and after one last appeal to find members of his family, a funeral was arranged by publicans across the borough.

Pam Grogan, a close friend who would often have Christmas dinner with Gomer, paid tribute in the service.

She said: “Gomer reminded me of a schoolboy with dirty knees, shorts and hat. Gomer was always smiling and had such a big heart.

“He came down for a funeral once and was wearing a suit that was five sizes too small and was wearing white trainers. He was the kindest and most caring man. Goodnight and god bless sunshine.”

Music played at the service included the Welsh national anthem to recognise Gomer’s country of birth, YMCA by The Village People and Bring Me Sunshine by Morecambe and Wise.

Canon Owen Beament said in the service: “Gomer gave a part of himself to all of us and we should all say thank you for giving it to us. Death is not just an end, it is also a new beginning.”

On Saturday July 2 friends of Gomer went on a charity walk to the London Eye from the Old Bank pub to help raise money for the funeral.