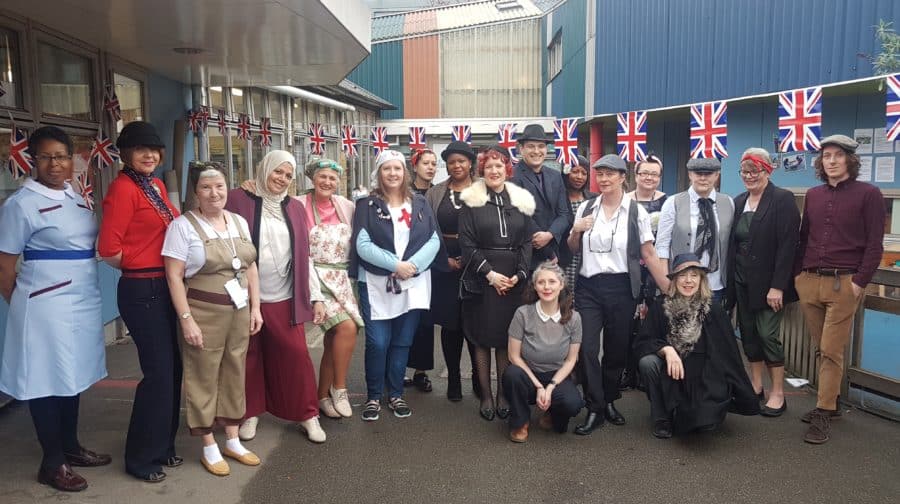 A Bermondsey nursery which was one of a handful of nursery schools built before the war has just celebrated its eightieth anniversary.

Kintore Way Nursery School, in Bermondsey, took its first pupils in January 1939, and many of them were evacuated to Surrey and Kent under the threat of German doodlebugs.

On Friday, the nursery school held a birthday party to commemorate the anniversary, with staff and children dressing in WW2-era costumes and birthday hats. Children also played old-school games such as tiddly-winks and tug-of-war. Rebecca Sherwood, executive headteacher at Kintore Way, said: “We had party food and lots of different party games. The school opened in January 1939 but it was officially opened in March.”

As part of the anniversary, nursery staff have been combing through the archives at the John Harvard library in Borough, unearthing photographs, and letters from its early pre-war days.

Pictures of the nursery’s first cohorts, visits from overseas royals and the official unveiling in March 1939 have all been uncovered in the archives.

The nursery even hopes that its rich past could be compiled into a book with the help of local historians.

“We’d like to find a way of getting that in a book because there’s such a rich history of the borough that we would love to get out there,” said Ms Sherwood, who has been at Kintore Way since 2007.

However, the headteacher also sounded a note of warning about funding cuts to the nursery.

If £24million of Government ‘supplementary’ funding for state maintained nursery schools were to come to an end after 2020-21, nurseries across the borough would struggle to stay open, she said.

Kintore Way will be among the borough’s nurseries which will be represented at a march in Parliament Square on March 11 over the issue.

“We’re still keeping the pressure up because we want to know what will happen after that year,” she said. “We want to be around for another eighty years.”