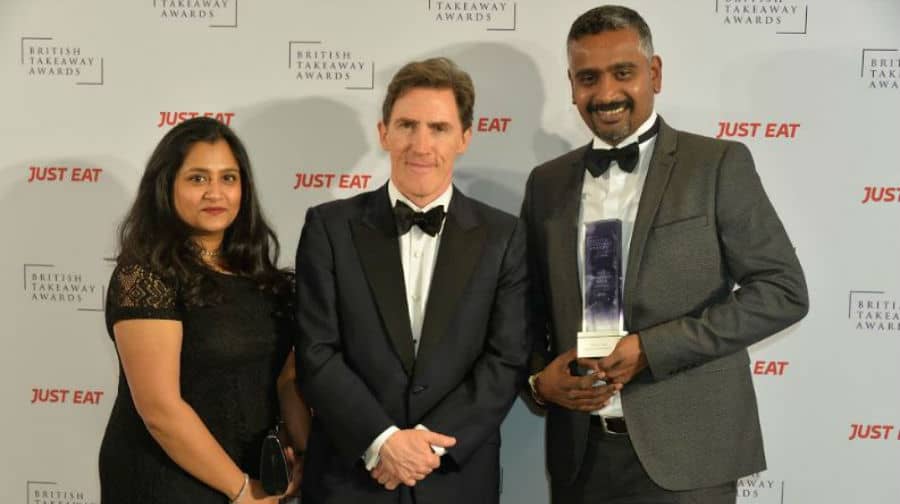 The Jamaica Road Japanese Restaurant was bestowed with the title on December 5 at Just Eat’s star-studded British Takeaway Awards.

Poppy Hanna beat off four other South London finalists, including Village Tandoori and Jaflong, both of East Dulwich.

As well as gaining the impressive accolade, Poppy Hanna walked away with a £1,000 cash prize.

Owner Nadaraj Sivashanker attended the award ceremony with his wife. “It was a fantastic feeling just to be nominated by our customers and being shortlisted, “ said Nadaraj, “We went to the awards ceremony just to enjoy ourselves and could not ever dream that we will actually be on stage and picking up an award.”

Poppy Hanna opened in 2006 and has strived over the years to raise the profile and appeal of Japanese cuisine locally. Their signature dish is Lemon Sole with Japanese ponzu sauce, which is deep-fried sole dipped in the citrus-based ponzu sauce.

Regional finalists at the Just Eat Takeaway Awards were identified via public poll. Winners were selected by a panel of judges, including celebrity chef Ainsley Harriott and star of Dragons’ Den, Sarah Willingham. The awards took place at The Savoy Hotel and were hosted by comedian Rob Bryden.