'If it encourages just one little girl to want to put a flag up then it was all worth it!' 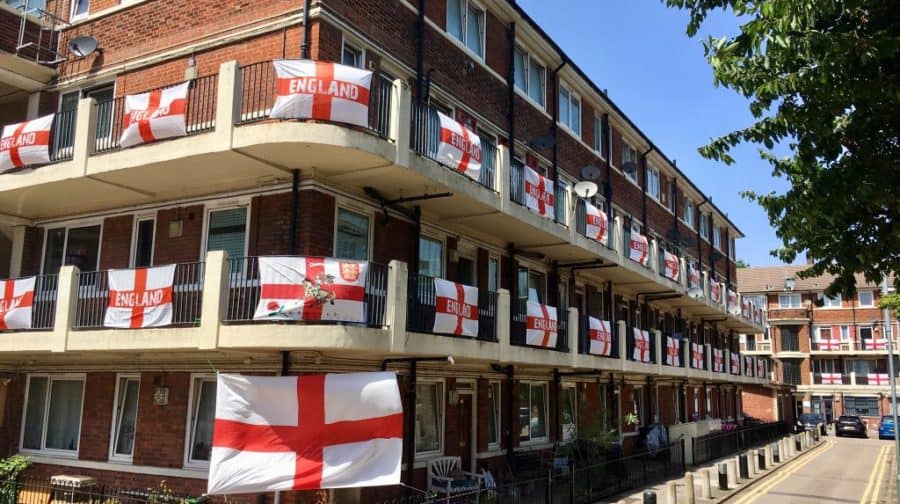 A Bermondsey estate which earned the moniker the ‘world cup estate’ for its impressive array of England flags during the men’s tournament last year has again lived up to the name – buy putting up flags to support England’s Lionesses.

The Kirby Estate, off Southwark Park Road, went viral after the News reported that it had been decked out in England flags to cheer on Gareth Southgate and his boys during last year’s World Cup.

Now the estate has put them up again to show support for England’s women’s team – who went so close to making the finals.

Ralph Dowse, one of the residents who helped put up the flags, told the paper: “We did it for the men [and] we do it for the ladies over in France.

“It’s not about boys and girls, it’s about supporting England. And if it encourages just one little girl to want to put a flag up then it was all worth it!”

Residents had pledged to put up even more should the team make it to the final.

Footage taken of the flags by Mr Dowse has even been shared by the official England team account on social media.

“The flags are out again!” said the official England account on Twitter. “Thanks to @fbateallthepies for this video of the Kirby Estate in south London showing their support for the Lionesses.”

The Lionesses played the United States in a semi-final showdown on Tuesday night as the News went to press, ultimately losing 2-1.