Is this the best knot ever tied? Medieval shoe found in Thames – still laced up! 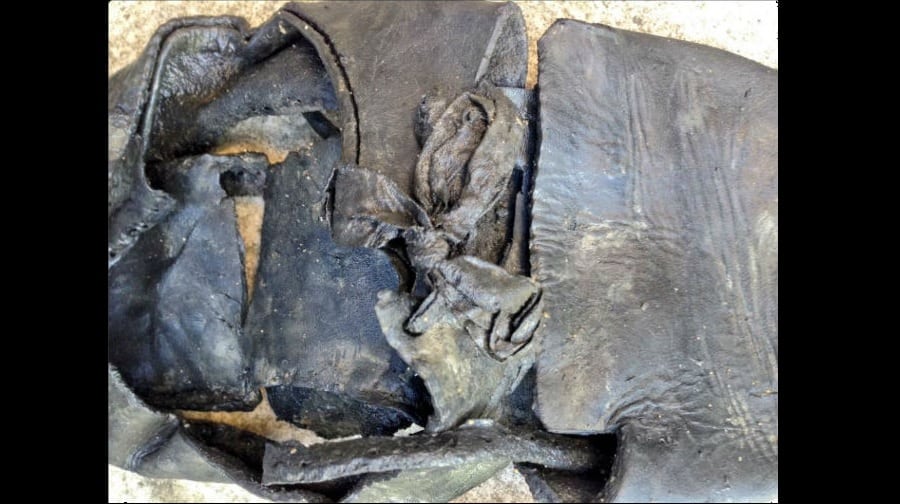 A medieval shoe that was still laced up was found on the banks of the Thames by Rotherhithe’s mudlarker this week.

Alan Murphy, who’s been mudlarking for fifteen years, found the leather shoe that was laced with cloth, leading him to think it’s may owner may have been a woman.

The local lover of historic artefacts previously appeared in the News after discovering an eighteenth-century canon ball.

He donates all of his discovered items to the Museum of London, who can record and protect the valuable items.

Southwark NewsNewsIs this the best knot ever tied? Medieval shoe found in Thames – still laced up!