"The idea that this was hundreds of Trotskyites is ridiculous. These were normal people who wanted genuine change," councillor said 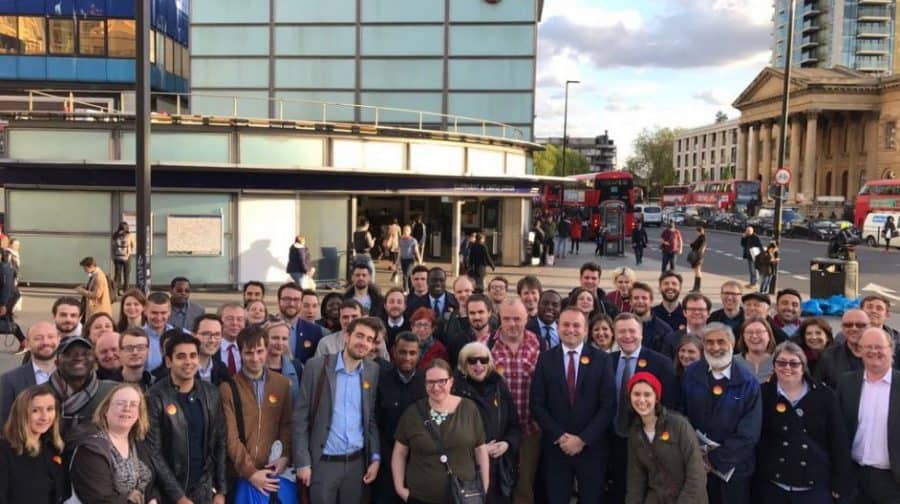 Labour activists say they were helped to victory in Bermondsey and Old Southwark after a record-breaking 1,700 volunteers canvassed shops and businesses on polling day.

It has been widely reported that a rush of people aged eighteen to 30 helped push up the numbers, compared to the 1,000 or so who helped on polling day in 2015.

Councillor Paul Fleming – who was the only Southwark Labour councillor who supported Jeremy Corbyn in the party’s 2015 leadership contest – put it “almost entirely” down to the “Corbyn effect”.

The 29-year-old representing Faraday ward told the News: “People were really excited and interested. The idea that this was hundreds of Trotskyites is ridiculous. These were normal people who wanted genuine change.

“I’ve been doing this since I was ten years old, and I have never seen anything like it.

“It showed that rich people care as much about these things as poor people do.

Problem is, the candidate standing amidst these enthusiastic volunteers may be shameless, but he is not a Socialist.