Commissioned by Southwark Council, Blazing Saddles is set to debut in Dulwich on September 17 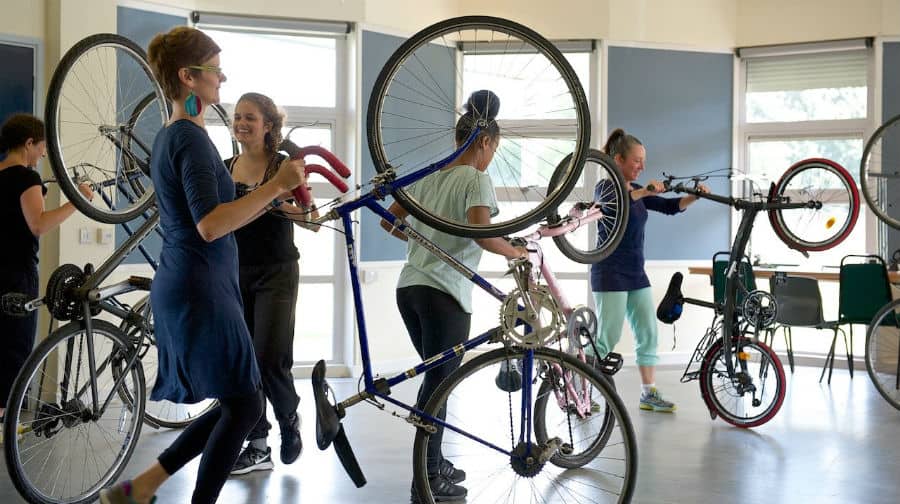 Thirty female cyclists across Southwark are wanted to join Blazing Saddles, an outdoor performance of Bicycle Ballet to celebrate women, cycling and fashion.

Commissioned by Southwark Council, Blazing Saddles is set to debut in Dulwich on September 17, and will feature local women cycling through history to the present day.

The Blazing Saddles Show will be part choreographed and part improvised using humour and choreographic structures based around movement. Inspiration for the show comes from the 19th century, when cycling was at the forefront of movements for women’s equality.

Women are said to have “embraced the independence and the freedom of cycling, to huge consternation and public outcry”.

Karen Poley, Creative Producer for Bicycle Ballet, said: “Inspired by the past, the show seeks to explore some of the reasons why women do and don’t ride bikes today, and bring people together in a fun, supportive and sociable way, to transform the way women think about cycling.

“This is why it is so important that local women and their bikes are the show performers, bringing their experiences to the show’s creation.”

The next rehearsal is on September 7 from 6pm-8pm and a location will be announced nearer the time.