A Lions fan will be giving up his seats in his Millwall box to the highest bidder to raise money for a charity supporting soldiers. 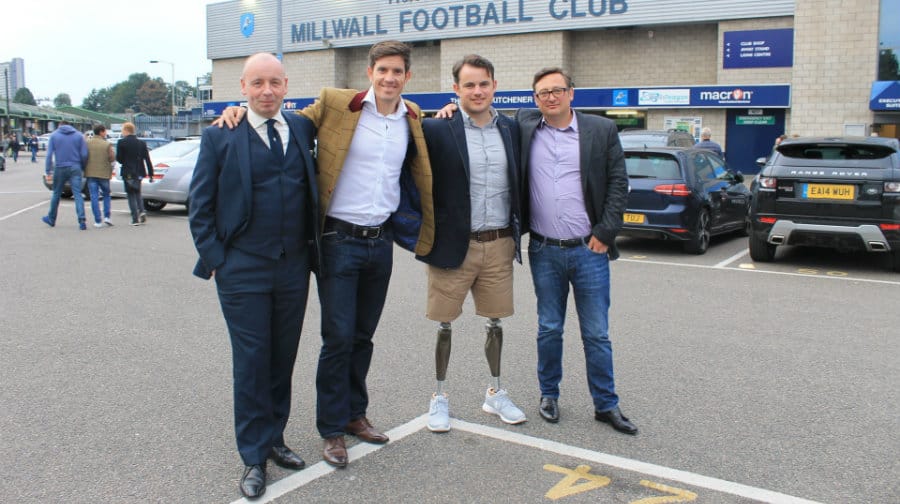 Lifelong Millwall fan Mick Cooper will be giving up four seats in his Millwall box to the highest bidder for many of the home games this season, in order to raise funds for a charity set up to support soldiers and their families.

The Princess of Wales’s Royal Regiment has been home to several Southwark men, most notably Johnson Beharry VC who earned his bravery award in Iraq, and young Millwall fan Lee O’Callaghan, who sadly lost his life there.  A street on the new Heygate Estate has been named after Lee.

Mick, whose south London roots are spread across Peckham, Deptford, New Cross and Sidcup, heard about PWRR’s Ride to Recovery Challenge on a post put up on the Millwall fan website, House Of Fun, by Peckham resident Mark Brady. The fundraising bike ride will see a team of both serving and former PWRR soldiers who have experienced life-changing events in battle cycle across America. All the proceeds go to The Friends of the PWRR, a  group set up to provide on-going support for the regiment’s soldiers and their families.

“I just thought it sounded like a great cause,” Mick told the News. “My dad served in Malaya in the ‘50s and there is a lad in our box at Millwall who is ex Royal Engineers and served in Bosnia, Kosovo, Afghanistan and Iraq So this just felt like a natural thing to get involved with.” Mick contacted Brian Wood MC, one of the cyclists and Head of Fundraising for the Friends of the PWRR to offer his support.

Brian, who was awarded the Military Cross for his actions in Iraq, said they have already raised in excess of £50,000 for the Ride To Recovery Challenge in September, but want to make that figure higher to fund The Friends’ future plans.  He said: “To date we have been able to send Sgt Jay Baldwin (one of the R2R team) for a life changing operation after he lost both legs in an IED explosion in Afghanistan, and we are also there to support soldiers who are showing signs of PTSD, the biggest mental health issue faced by UK service men and women.”  Jay added: “If it wasn’t for The Friends of PWRR raising the £90,000 for my prosthetic legs I would be in an NHS wheelchair.”

Mick Cooper said: “I have four spare spaces in my box, and I want people to bid for between two to four of them via the House Of Fun website, or contact me, for whatever game they want to see, and all the money will go straight to the charity. If there is more than one bidder per game it will go to the highest bidder.”

He added: “I hope the Millwall fans will get behind this cause; we are one of the last bastions of traditional working class support and I can’t think of many causes that resonate more with our fan base than supporting our armed forces and their families through difficult times. These people have put their lives and limbs on the line for our country and we should show them we appreciate it.”

You can bid via Mick Cooper on: mick.cooper@isys-data.com. Full details on the project can be found at www.PWRR.org.uk