“We’re a true Bermondsey pub. Most of our customers are old Bermondsey people and they’ve got big hearts,” said landlord Michael Jarman 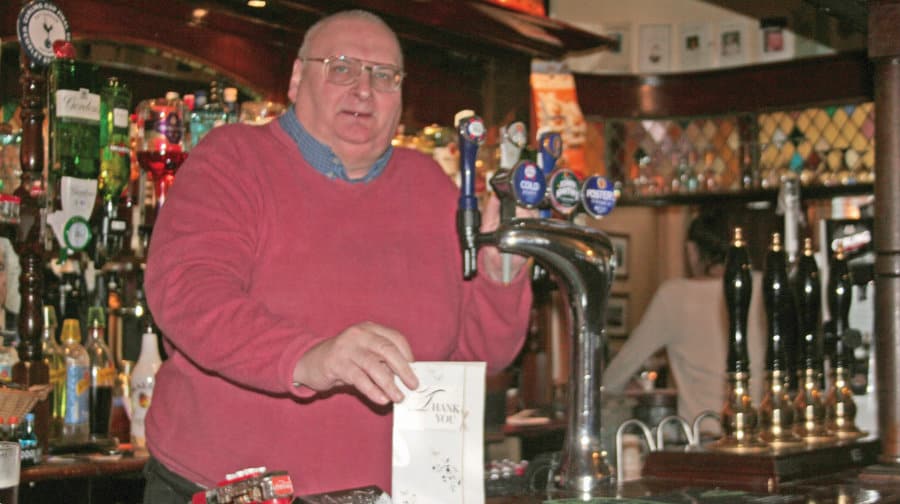 An old Bermondsey boozer has raised over £1,500 for Chris Foster’s family, more than two years after the tragic death of the single father.

The landlord of the Ship Aground pub in Bermondsey, Michael Jarman, was the manager of Fisher Athletic youth team when Chris and his brother played there in their early teens.

When Chris was stabbed to death outside St Christopher’s Inn in Borough High Street in November 2013, it came as a blow to Michael, who described Chris as a “doting father” at the time.

Two years after his death, the boy who grew up on the Four Squares has not been forgotten in Bermondsey, as Michael raised £1,615 at a fundraiser just after Christmas.

Michael made a speech which he said was “from my heart” about Chris and reduced grown men to tears in the Worsley Road pub.

“It’s a great amount for a small pub,” Michael told the News. His regulars were so supportive of the raffle that most people refused to accept the prizes when their ticket was called, in the hope more money could be raised.

“We’re a true Bermondsey pub. Most of our customers are old Bermondsey people and they’ve got big hearts,” said Michael. “It’s not about the money, it’s about remembering.”

Chris’s mum Jean, who has been giving anti-knife crime talks in Southwark schools since her beloved son’s death, said she was “deeply moved that the Bermondsey and Rotherhithe fold have not forgotten Chris.” Jean has arranged to go to the pub next month in person to thank everyone for their “kindness and generosity.”

The four week trial into Chris’s murder led to four men being jailed for a total of 43 years after what investigating officer Jon Sandlin described as an “intensive” and “complex” case. Aytach Lisani, of Sir Francis Way, Brentwood, was found guilty of murder and three other men pleaded guilty to conspiracy to cause GBH to their intended target – a man wearing the same jumper as Chris Foster that night.