The council said collections ‘will resume as soon as it is safe to do so,’ thanking residents for their understanding. 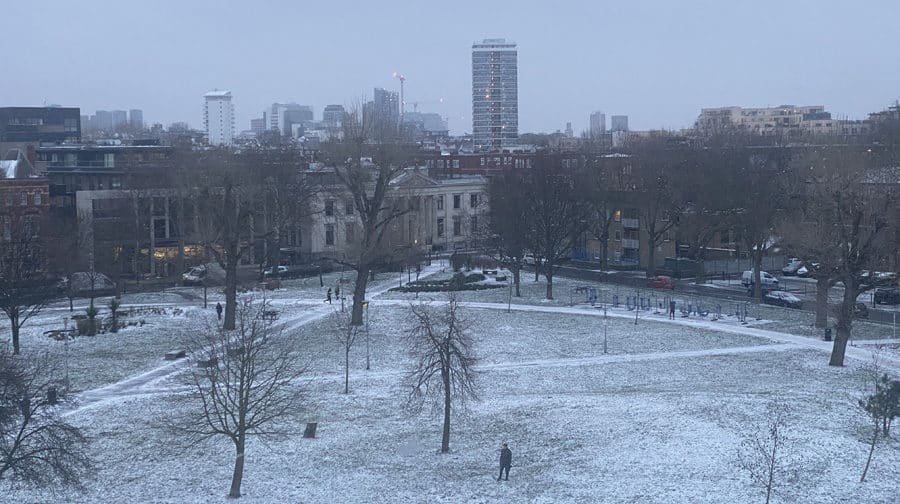 Southwark Council warned this morning that refuse collection were suspended due to weather conditions.

The Met Office has issued yellow snow warnings for London and South East England today (Monday, February 8) and said heavy snow is likely to cause long delays for drivers and for rail and air travellers.

A yellow weather warning for snow is in place for London until 11.59pm on Wednesday (February 10).

Many parts of the country face another day of temperatures at or around freezing, as bitterly cold conditions continue due to strong easterly winds stemming from Ukraine and the Black Sea.

Although the cold snap driven by the easterly winds is not expected to be as widespread as the Beast From The East in 2018.

The council tweeted this morning that the suspension of all refuse collections includes recyclable waste, organics and bulky waste. It said collections ‘will resume as soon as it is safe to do so,’  thanking residents for their understanding.

Before the cold snap the News reported last week that a third of waste collectors are currently off sick or self-isolating.

According to an update shared with residents from Southwark councillors, 30 per cent of staff in waste collections teams were absent by mid-January, with a particular shortage of HGV drivers.

Residents were warned to expect some delays in collections, by one or two days.  Missed collections will take 3-4 days to resolve rather than within the usual 48-hours.

In response this morning to the questions to the council tweet about road and pavement gritting the council pointed people to its gritting and winter service plan, reassuring residents that ‘precautionary gritting’ is carried out  when the road surface temperature is forecast to fall below 0°C.

Roads are gritted in the following order:

The council does not usually provide salt to private individuals or businesses, saying ‘rock salt can be obtained from some builders’ merchants and DIY stores.’

Don’t get that at all . We have had what can only be described as a ‘flurry’ of snow . They are in big trucks which I presume are heated and they are actively working . The bin men will do anything not to have to work . What if NHS staff decided it was too cold to work ?