Bins and blue skies – Camberwell painting up for top prize

Ben finished the painting over eight sessions in the street, between 8am and 10am, so the lighting would be just right 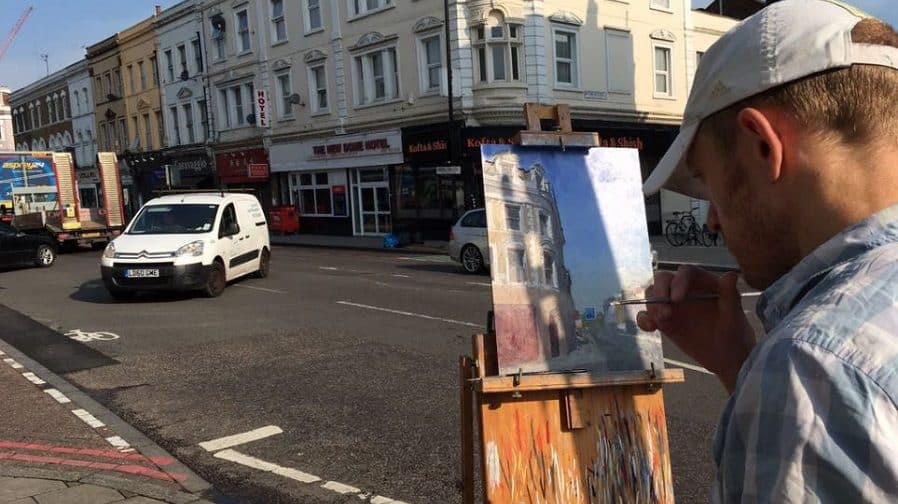 A painting of Camberwell Church Street has been nominated for a prestigious Lynn Painter-Stainers Prize.

Ben Hope, 40, worked on the painting ‘Bins and Blue Skies, Camberwell’ on eight separate mornings during May last year, while sat in the exact same position.

The artist from Blackheath told the News the area has a romantic significance for him because it’s where his girlfriend lives. “I spend about half my time in Camberwell,” Ben said. “I love the place because of the contrast between the modern shops and scenes with the old Edwardian architecture.

“I walked past on a sunny day and the light was caching the windows in a certain way. A lot of things I paint are just things I see in front of me, so I came back and painted it.

“You have to come back at the exact same time so that shadows and light reflections will be in the same place, so I was arriving at 8am and working until 10am.”