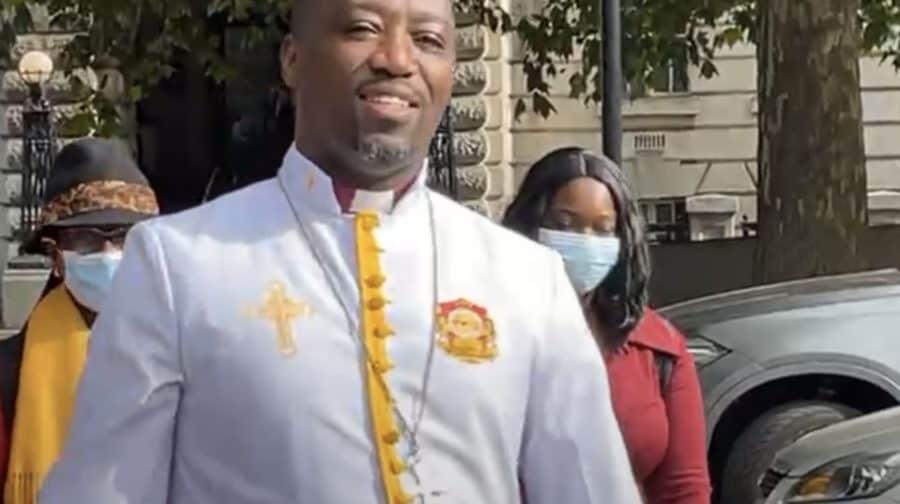 Climate Wiseman leaves Inner London Crown Court after his appearance on Monday, September 13, ahead of a trial scheduled for July next year

Dr Climate Wiseman, who heads up the Kingdom Church, appeared at Inner London Crown Court on September 13 accused of a single charge of fraud and two charges under Consumer Protection from Unfair Trading Regulations between March 23 and 24.

He arrived dressed in a white bishop’s robe adorned with gold crosses and a crucifix, flanked by supporters carrying banners and placards in support of the ‘prophet’.

It is alleged that during the height of the COVID-19 pandemic, the 46-year-old had sold oil and a piece of string, for £91, marketed as ‘Divine Cleansing Oil’ or ‘Divine Plague Prevention Kit’ both in person and online via ‘Bishop Climate Ministries’.

His defence argued he should be free to practise his religion, and told the judge that Dr Wiseman was not an ‘anti-vaxxer’ and had, in fact, been double jabbed.

The same day, his supporters and members of the congregation descended on Tooley Street to protest outside the local authority’s headquarters against perceived attacks from Southwark Council, whose trading standards team had kickstarted the criminal investigation after an investigation by this newspaper.

Dressed in matching red t-shirts, the demonstrators held banners and placards declaring: “Southwark Labour councillors are anti-christ and faith haters”, ‘Bishop Climate is the true prophet”, “we need freedom of faith”, and “there is healing power in divine cleansing oil”.

The preacher has now been released on unconditional bail, with a trial due to begin at the same court in July next year. 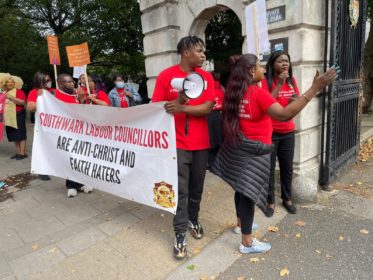