"It’s an absolute disgrace, it’s all just a happy-clappy ‘let’s ban the cabs.’” 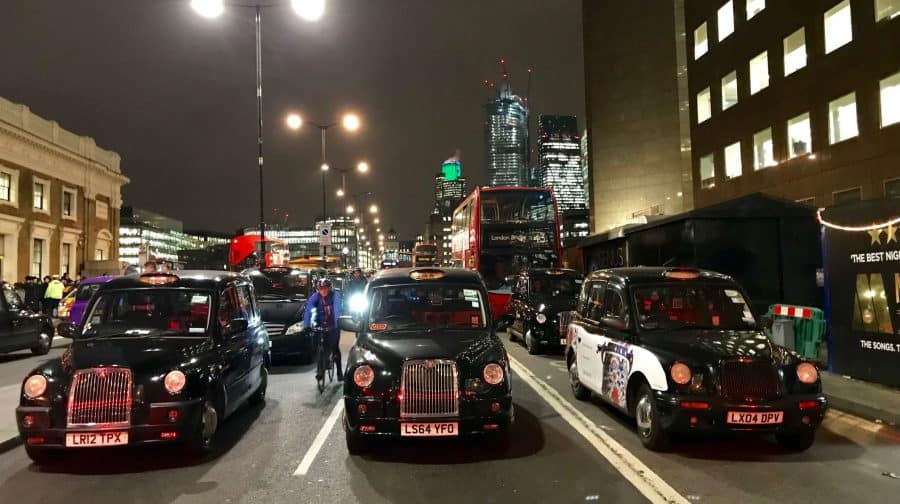 London’s black cab drivers are blockading London Bridge this evening in the second night of a row over proposed traffic restrictions to Tooley Street.

The protest, which began on Monday evening, caused delays to numerous bus routes but drivers vowed to continue with the disruption until black cabs are guaranteed to be allowed to use the same lanes as buses.

However TfL has labelled the move “unnecessary.”

Among the plans is a controversial measure to restrict east-bound traffic along Duke Street Hill and Tooley Street to cyclists and buses only.

Grant Davis, chairman of the London Cab Drivers Club, told the News: “We’re not having them restricting our work practices.

“It’s an absolute disgrace, it’s all just a happy-clappy ‘let’s ban the cabs.’”

“They’re not only restricting us, they’re restricting our passengers too. Where buses go, taxis should be able to go, too.”

Mr Davis said blockading traffic was a “blunt instrument” but added: “When you have a licensing authority like TfL who won’t listen, you have to.”

Ben Plowden, TfL’s Director of Strategy and Network Development, said: “A consultation is currently underway on changes to Tooley Street to improve conditions for people walking and cycling, or traveling by public transport.

“The best way for people to let us know what they think about these proposals is to respond to the consultation, so this type of protest is unnecessary.

“All feedback on our proposals will be thoroughly assessed and taken into account.”

Other proposed measures include a 20mph speed limit, introducing a 2 metre wide westbound cycle lane westbound on Duke Street Hill and Tooley Street, and restricting access from side roads onto Tooley Street to westbound traffic only.

A consultation onto the ‘interim’ changes will close on January 8.

TfL is working on a larger revamp of the area as part of the CS4 Cycle Superhighway.