Historic England believes the skyscraper would affect the view from St James’s Park. 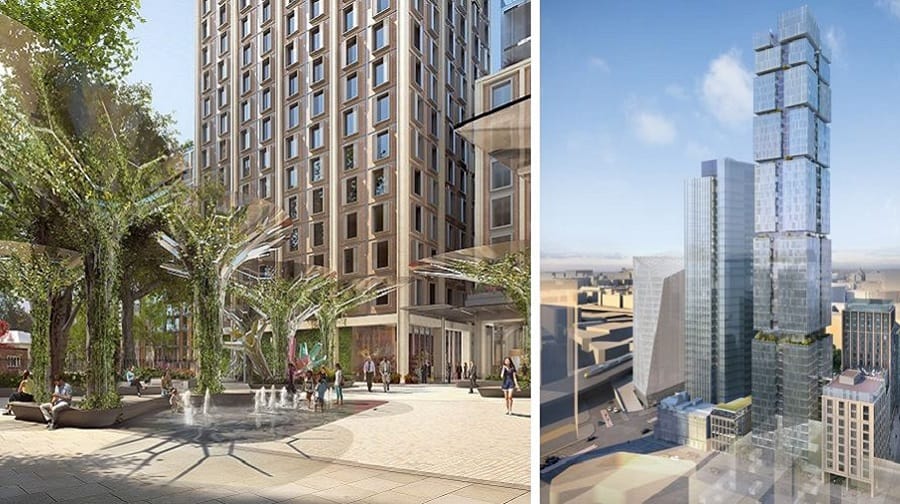 Historic England has expressed concerns over plans for a Blackfriars skyscraper, claiming it would affect the view from St James’s Park.

The 178.5-metre residential building – dubbed the Jenga Tower – could be built on Stamford Street as part of a wider scheme, if plans submitted by Black Pearl Ltd. and Wilkinson Eyre are given the go ahead.

The plans include a mixed-use scheme of residential, hotel and office space.

Heritage watchdog Historic England has written to the council saying it does not oppose the plans – but that the council must “consider very carefully the extent of this harm, and whether it is necessary to deliver the potential public benefits”.

“The increased height of the residential tower, however, means that this building will have a significant impact on London’s historic environment including the Grade I-registered St James’s Park when viewed from the bridge,” Michael Dunn, Historic England’s principal inspector of historic buildings and areas, wrote.

If given the green light by the council, the development would include 227 market residential units, 64 affordable housing units, and 548 hotel rooms. A new public square is also part of the plans.

In a planning statement, the developer said its aim was to “develop and provide a range of quality homes to include private, social and intermediate housing” and “as far as possible, affordable housing provision to be provided on the site itself”.

It also plans to “introduce a live music venue to add to the borough’s cultural offering and support London’s live music industry”.