Developers Hollybrook Homes have given £30,000, but Boys is seeking to crowdfund the extra £50,000 he needs to support the project 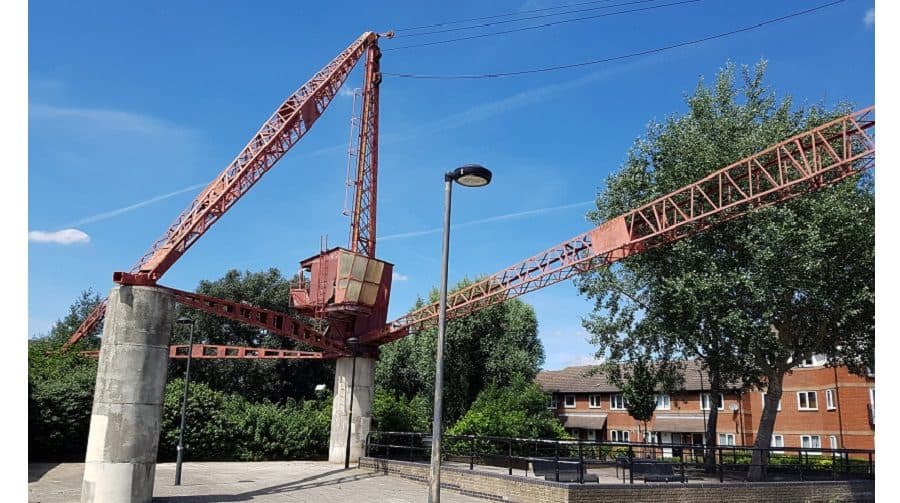 A Rotherhithe blacksmith is seeking donations to turn a piece of local history into a work of art, writes Kit Heren…

Kevin Boys, who runs a workshop in Surrey Docks city farm, wants to use parts from the red crane that stood in nearby Odessa Street to make a new seven-metre sculpture.

The crane, a Scotch derrick, was taken down to make way for new housing in 2017. The crane was the last of its kind in London.

Developers Hollybrook Homes have given £30,000, but Boys is seeking to crowdfund the extra £50,000 he needs to support the project.

Boys said: “I wanted to make this sculpture because I think it’s really important to keep in touch with our local history. It was a shame that the crane had to come down originally and keeping a link with it should help people feel a sense of connection to the place they live.”

As part of the making of the sculpture, Boys will invite local schoolchildren and volunteers to take part in blacksmithing workshops. Boys and his team are also discussing putting the initials of everyone who takes part in making the sculpture on the rivets that will hold the piece together.

Boys said: “The idea of getting local people involved in the sculpture is to give people a sense of ownership. Once you’ve made something, especially something as special as this will be, you tend to get quite protective of it and it gets absorbed into the local community.”

Boys has made several public artworks in London, including the Bermondsey Lion in the Blue Market and a sculpture of able seaman Albert McKenzie on the Tower Bridge Road.

You can donate to the project on this link here.  You can also follow the campaign on Twitter at @BuildCrane.

Interesting community endeavour … certainly would have been helpful for Southwark News to include the crowdfunding info for those readers who may want to contribute to this effort by Kevin Boys.