Blind man celebrates his 80th by cycling on tandem to Paris for charity, with mate who’s 70 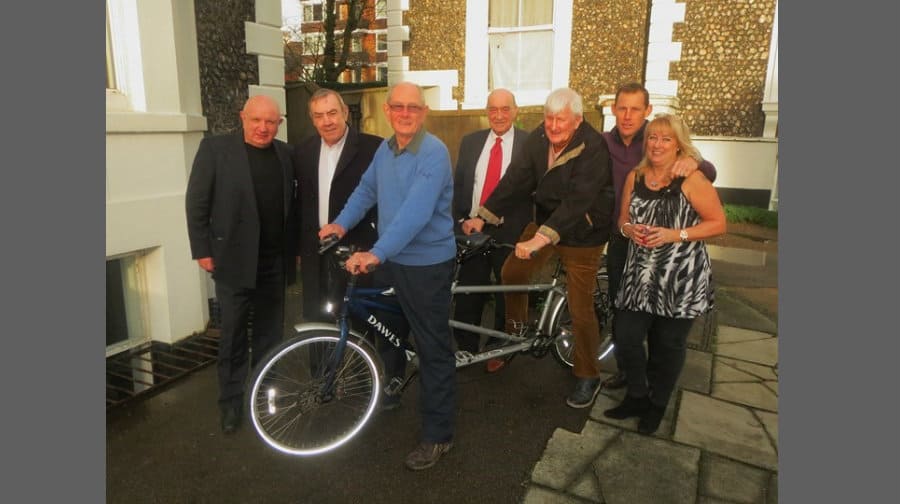 Bob Harber riding front, with Tommy Mulholland on the rear

A blind octogenarian has celebrated his birthday by cycling to Paris on a tandem bicycle, and raised more than £15,000 for a children’s hospice.

Camberwell-born-and-raised Tommy Mulholland turned 80 on Friday, May 6 when he was also joined by 70-year-old Bob Harber to ride front for the 160 mile mammoth cycle.

Their three day cycle started in Newhaven, and by Sunday they were in view of the Eifel Tower.

Tommy told the News: “If you know me, I’m a positive kind of guy. I wasn’t scared in the slightest – I had my crash helmet on after all. It was really hard work, and we were training for two months. Apart from getting a soar bottom and soar shoulders I was quite alright.”

As they peddled their last hundred metres into Paris Tommy was cheered on by his granddaughters.

Tommy was left blind in one eye after he was attacked by burglars at his old Peckham-based businesses, Hygienic. He lost sight in the other at the age of 47 a blood clot caused by the injury haemorrhaging. He was honoured with the Freedom of the City of London in November 2015 for a life-time of charitable work.

“I don’t think I did anything that incredible,” he added. “I just always try to keep fit and active.”

The money raised will be donated to the Chestnut Tree House Children’s Hospice in Worthing, Sussex.

To make a donation visit www.justgiving.com/Tommy80thBirthdayChallenge

Southwark NewsNewsBlind man celebrates his 80th by cycling on tandem to Paris for charity, with mate who’s 70