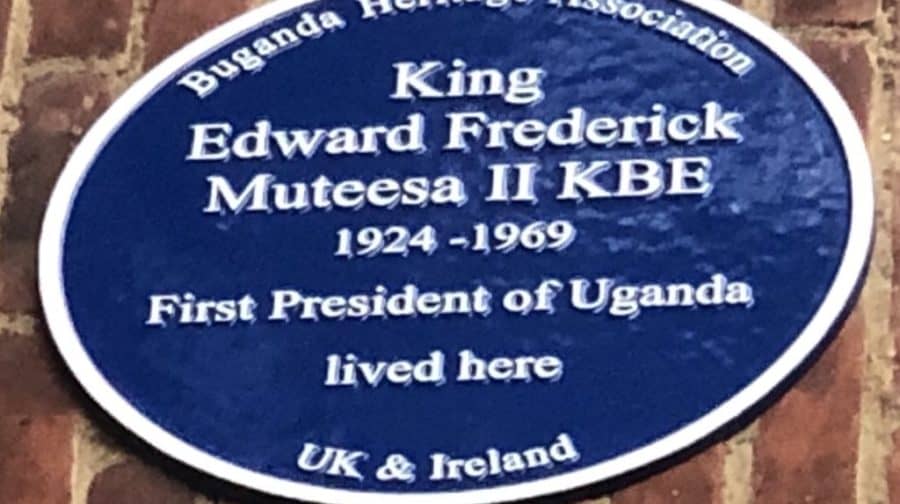 The blue plaque was unveiled at the Lower Road flat on Friday, with help from local councillors and the Buganda Heritage Association (Image: Bill Williams)

A blue plaque was unveiled at the Rotherhithe home of the exiled first Ugandan president on Friday.

The flat, at 28 Orchard House on Lower Road, was the home of King Edward Frederick Muteesa II – and was where he died in contested circumstances.

‘King Freddie’ was exiled from Uganda in 1966, and died at the Rotherhithe flat in November 1969, supposedly from self-inflicted alcohol poisoning. But speculation has long abounded that Muteesa II was murdered – an idea which veteran BBC journalist John Simpson, who interviewed the king hours before his death, also believes to be true.

The plaque was unveiled by the Buganda Heritage Association, the historic kingdom of which he was ‘Kabaka’, and was paid for with the help of the three councillors for the area. The plaque was funded with the help of local ward councillors including Cllr Bill Williams and Cllr Kath Whittam (Image: Bill Williams)

“Over the years Rotherhithe has been home to people from all over the world who have made a positive difference and we are pleased and honoured King Frederick Muteesa in this way.”

Cllr Kath Whittam also attended the unveiling ceremony, alongside family and friends of the Kabaka and representatives of the Buganda Heritage Association.

This November will mark half a century since King Muteesa’s death.