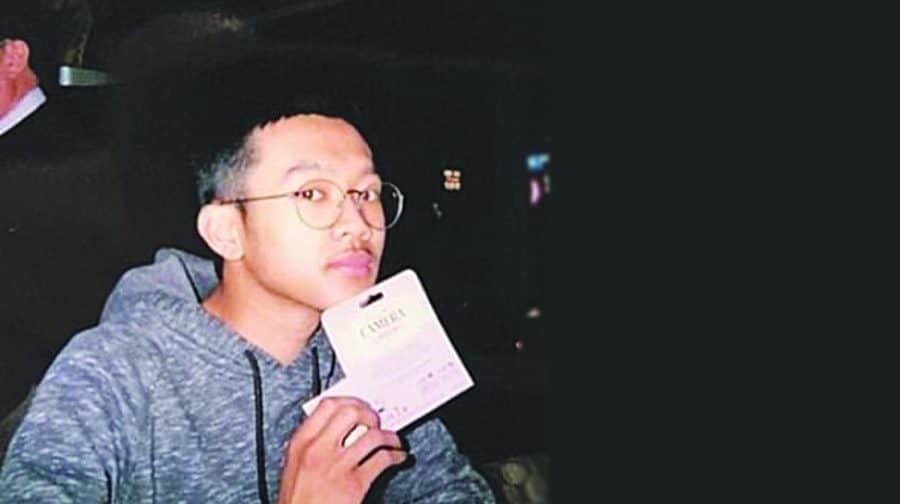 A mother desperately searching for her missing son discovered his body had been found in Russia Dock Woodland after happening to chance upon an ambulance and police officers at the scene.

Devastated Grace Carlos, who last saw her son on July 14 before he went missing, had been searching for her only child with the help of the local community, friends and colleagues.

She confirmed to the News the body was that of nineteen-year-old Aldrin, who had not been seen or heard from for more than two weeks.

She said: “The police haven’t formally identified him but I know it’s him – they gave me his keys.

“The keys have a key chain he got from a temple in South Korea.

“All this time I have walked past that area and we searched and searched, but it’s thick woods.

“If I hadn’t been walking past that day – would I still be searching? Would I even know what had happened to him?”

The News understands the remains were found by a dog walker on the morning of Wednesday, July 31, at around 10.40am, with officers called to parkland at Stave Hill Ecological site.

A cordon was in place at Rotherhithe’s Redriff Road, near to the Onega gate entrance and inquiries are continuing to establish the circumstances of his death, which police have described as ‘not suspicious’.

An inquest will be held in due course, as will formal identification.

Questions are now being asked as to why it took two weeks for his body to be found, and only then by a member of the public, in a place so close to the home Aldrin shared with his mother on Plover Way.

Ms Carlos told the News she had been ‘left conducting the search on her own’ with support of her neighbours, colleagues and Aldrin’s friends and school and University, but had begged the Met to do more.

Hundreds of people across Rotherhithe and Canada Water shared the appeal and searched the local area.

A missing person poster had been shared nearly 3,000 times on social media and placed on bus stops all over London in the hope he would be found safe, while the News published a front page appeal for information.

“The day they found him I had phoned up again, I was phoning all the time and they did nothing to help,” she alleged.

“They took DNA samples and looked into whether he had travelled abroad, but he left the house with just his keys and no phone or wallet, why weren’t they out looking for him?

“I’ve been crying and crying for help. Finally yesterday they told me that they were sending someone to my house to offer me support – where was the support all this time?

“It’s taken seventeen days to find him and I can’t see his body as it’s too decomposed. It’s so hard – I would never have thought this could happen to my son.

“It is the last thing that would cross my mind.”

Aldrin, who was studying Fine Art at City and Guilds London Art School in Kennington, lived at home with Grace, a nurse, and was known for his creativity, love of yoga and martial arts and interest in Buddhism.

A GoFundMe has now been set up in memory of Aldrin, and to help pay for funeral costs.

The page has been set up by Michael Reed and Emma Dunn, who wrote: “We are all deeply saddened by the loss of Aldrin Carlos, who passed away this month.

“This page has been set up to give donations towards funeral costs and to support his loving mother Grace through this difficult time. Our thoughts and prayers are with her.

“Aldrin was a creative, conscientious and quiet man, and brought joy to those he knew.

“We wish to honour his memory via this page, which has been set up by the community in Rotherhithe and Canada Water.

“If you would like to contribute towards this cause, please give as generously as you feel able to.

“We are deeply grateful for your support, and thank you for your help.”

The Met were approached for comment, but had not responded at the time of publishing.