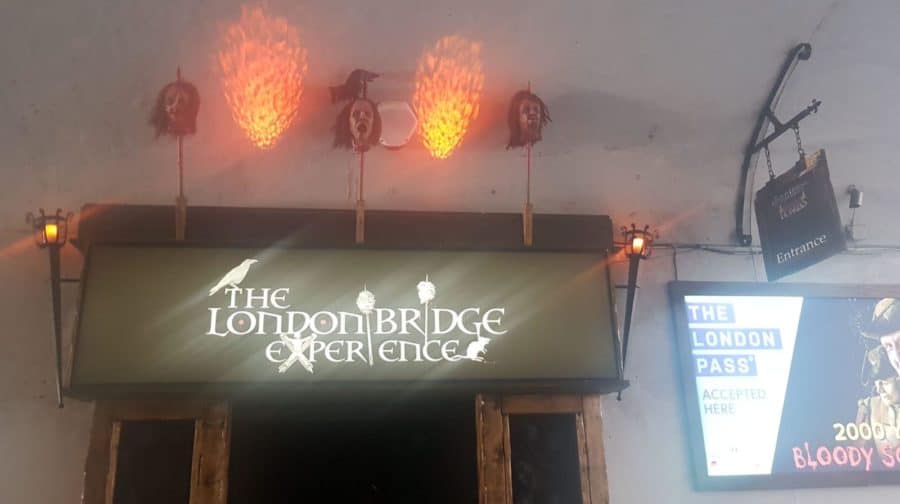 The heads of Guy Fawkes, Oliver Cromwell and Sir Thomas More were snatched by a ‘bold thief’ from an SE1 tourist attraction in the early hours of the morning.

CCTV captured by the London Bridge Experience, on Tooley Street, appears to show a brazen criminal using a rope lasso to ‘hook’ Sir Thomas More’s head at around 3.30am on Saturday.

The three heads had been positioned on spikes in a display overlooking the entrance to the London Bridge attraction.

After pulling the display to the ground with his rope, the head-grabbing thief is thought to have shoved Oliver Cromwell and Sir Thomas More into his rucksack.

He is then seen on camera stamping Guy Fawkes’ head off a spike before calmly walking down the road with it under his arm. The attraction estimates up to £1,000-worth has been lost due to thief’s head snatching

Now the attraction has launched a ‘head hunt’ of its own – offering £400 to anyone who can help find the man thought to have stolen the heads of the three important historical figures.

“We got into work at about 8 o’clock and we saw the whole front of the façade lying on the floor,” James Kislingbury, director of the London Bridge Experience, told the News.

“At first it didn’t dawn on us that the heads had gone. But people would have surely noticed – this is one of the more bizarre ones [thefts] I’ve ever had!”

The figures were custom-made for the attraction in America costing a pricey £300 each and taking three months to make.

“It’s not just a case of going to the shop and getting some new heads,” he added. Two other heads in the five-piece set – William Wallace and Thomas Cromwell – were inside the building at the time and so escaped the thief’s head-grabbing rampage.

All five historical figures had their real-life heads displayed on spikes on London Bridge. The installation was commissioned by the London Bridge Experience ahead of Halloween as part of a programme of upgrades.

“It’s really frustrating when we’ve been working twenty-hour days and some little scrote comes along and does this,” said Mr Kislingbury.

A Met Police spokesman confirmed they had been contacted “after some items were stolen from above the doorway of a tourist attraction in Tooley Street, SE1.

“The doorway had also been damaged.”

No arrests have yet been made, and police have not yet attended the scene.

“It’s been a really bizarre 24 hours!” added the director.

Anyone with information about the whereabouts of the heads of Guy Fawkes, Sir Thomas More and Oliver Cromwell has been urged by the London Bridge Experience to contact them on james@tlbeco.uk.