The Spectre star donated gifts and souvenirs during the secret hospital mission. 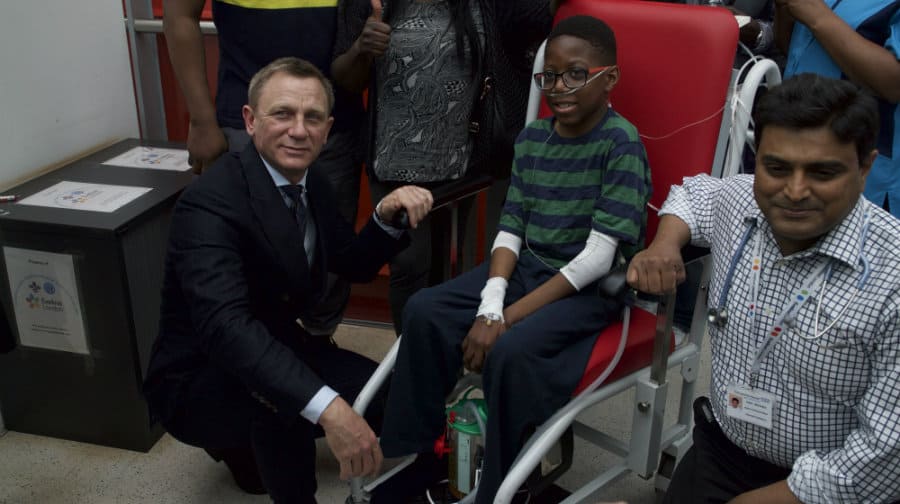 The Spectre star, who was accompanied by the film’s producer Barbara Broccoli, also made a generous donation to the hospital to mark its 10th birthday celebrations.

The pair also donated toys and Bond souvenirs to children who could not make the surprise party on the day, which took place in May but had to be kept secret on strict MI5 orders until now for the spy’s safety.

Aaron Aryitey, 15, from Lewisham, said: “I was really overwhelmed to meet Daniel Craig, I’m a big fan of James Bond. I didn’t think I’d ever get to meet anyone famous like him.

“I thought it was just going to be a normal day on the ward but the visit really cheered me and everyone up, even after they left. My friends didn’t believe me when I showed them the picture!”