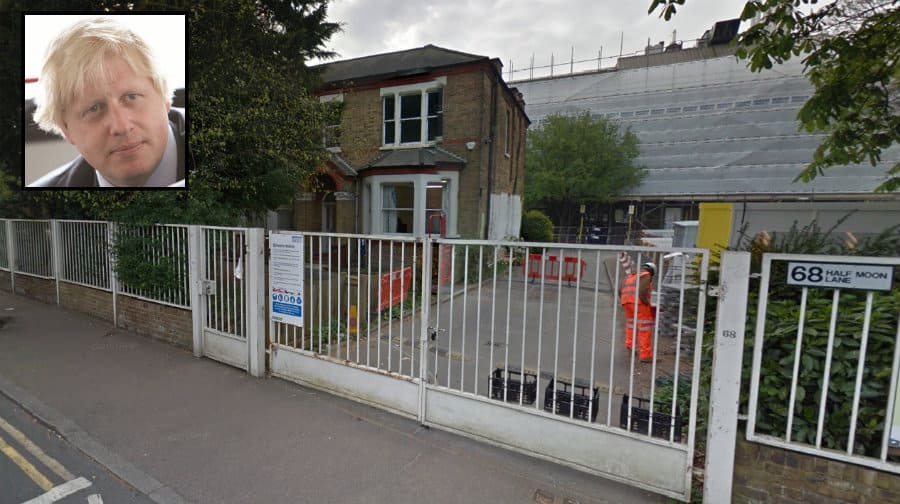 London Mayor Boris Johnson has voiced support for a parent-led campaign to save a Dulwich primary school’s playground.

Judith Kerr Primary School in Half Moon Lane, Herne Hill, could see its playground redeveloped by its landlord, The Dulwich Estate – an education charity.

The lease agreement between the school and Dulwich Estate, which also benefits Dulwich College, Alleyn’s school, and James Allen’s Girls’ school, states the land can instead be used to make space for housing.

Responding to a question put to him by Southwark and Lambeth Greater London Assembly member Valerie Shawcross, Mr Johnson said he “supported” efforts to keep it as “open space”.

Ms Shawcross submitted a written question to the mayor: “Do you support the protection of school playing fields and what considerations would the office of Mayor of London take into account when assessing such a planning referral in the event of a borough being minded to grant permission?”

He noted the Southwark Local plan has the site designated as an open space, as well as London planning policies which resist the loss of education, and sports and recreational facilities.

Over 1,300 signatures have been collected by the Green Space Campaign, led by parents of the school’s pupils.

Peter Johnson, chair of the school’s governors, said: “We are following with interest the attempts from the local campaign and parents to campaign for the playing field to be kept.”

A spokesman for The Dulwich Estate said the charity had been consulting with councillors, community leaders and stakeholders and will review the feedback it receives. Visit the link to sign the online petition:

Oh right Boris . Once you hear that its going to be for luxury flats you will be signing it off personally