The new segregated cycle route with start in Elephant and Castle and end in King's Cross. 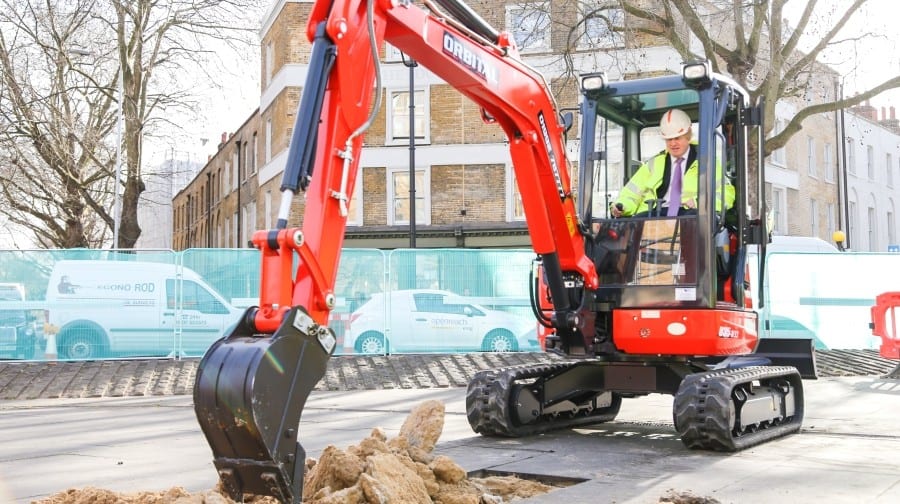 Boris getting to work at St George's Circus

Southwark’s cycling network is set to be taken up a gear as construction began in Borough last week on a new segregated ‘cycle superhighway’.

It will provide a route in which cyclists will be separated and protected from other road traffic, which, it is hoped, will lead to fewer road accidents involving bikes.

Andy Cawbell, coordinator for Southwark Cyclists group, said: “We are delighted to see this happen. It will definitely improve matters for both commuters and recreational cyclists.”

“This is a great thing, but I hope that TfL improve the diversions currently in place for cyclists during the construction of the highway, which is already causing some problems.”

The Mayor of London, Boris Johnson, broke first ground on the new route last week, as he operated a JCB at St George’s Circus.

He said: “This is a big day for cycling and for London, the culmination of years of campaigning by cyclists and months of planning by TfL.

“I know a lot of people thought this would never happen – and a small number of people didn’t want it to happen. But it is happening, and London will be better as a result.

“Getting more people on their bikes will reduce pressure on the road, bus and rail networks, cut pollution, and improve life for everyone, whether or not they cycle themselves.”

Cllr Mark Williams, Cabinet Member for Regeneration, Planning and Transport at Southwark Council, also supported the project, which he called ‘a real milestone for Southwark’.

The route is expected to be finished by spring next year.