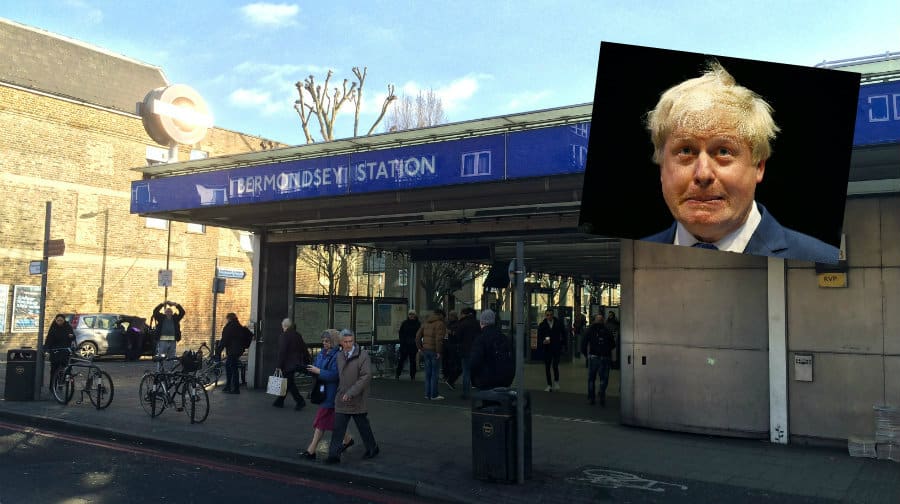 Boris Johnson has been accused of “punishing” Southwark residents by refusing to re-zone Bermondsey Station, a move that could save commuters.

The Mayor of London dismissed a question from Caroline Pidgeon, London Assembly Member and Lib Dem nomination for Mayor, about the possibility of the station moving from Transport for London’s Zone 2 to the Zone 1/2 boundary zone.

She said it was bizarre that Stratford’s stations, which have recently been rezoned, were now in the same zone as Bermondsey – despite being far further from London’s city centre.

She said: “It makes no sense at all.  I have continued to campaign for Bermondsey to be a boundary Zone 1/2 station so local residents can benefit from better fares and to recognise Bermondsey’s central location.

“Clearly tube stations can be rezoned, yet when I recently asked the Mayor again to rezone Bermondsey as a Zone 1 station he once again refused to make this sensible change.”

She said the rejection, which will deny commuters “considerable savings in fares”, was just the latest in a pattern of disrespect towards Southwark residents by the Conservative heavyweight.

He said: “The rezoning is a key element of my plans to secure the Olympic legacy and should ultimately be self-funding as a result of the increased value of land owned by GLA functional bodies in the Stratford area.

“This makes the case for the Stratford rezoning unique and so it should not be taken as a precedent justifying further changes elsewhere.”

Moving Bermondsey station from zone 2 to zone 1 won’t make “considerable savings in fares” as the weekly/monthly cost of a zone 1&2 or a zone 1 ticket is the same. If anything it’d make it more expensive for people who live in Bermondsey and commute outwards. http://content.tfl.gov.uk/2016-adult-fares.pdf

“She said the rejection, which will deny commuters “considerable savings
in fares”, was just the latest in a pattern of disrespect towards
Southwark residents by the Conservative heavyweight.” and the
commensurate rise in local property values this would create has
absolutely nothing to do with it… ?#?ISmellTorySophistry?