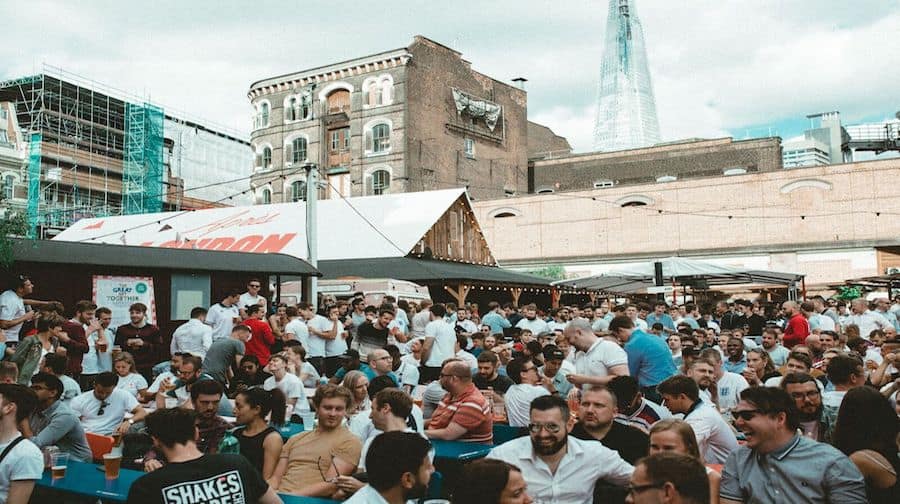 A weekly free music festival is coming to Flat Iron Square in the Borough, on 1 September, writes Anisha De…

Titled “Common Ground”, the festival will take place every Saturday throughout September, at the new venue spanning seven railway arches off Southwark Street. With five family-friendly events, it will bring together a veritable slew of eclectic, cult, and under the radar talent across a number of different genres from folk and soul to reggae, Afrobeat and punk.

The festival will run from midday to midnight, and features sets from artists such as duo Nova Twins, Too Many Ts, and a set from Common Ground’s co-founder Beans on Toast, who headlines the inaugural event. A number of DJs will also perform at the event. Soho Radio will broadcast the festival live, with sessions and interviews with the artists.

Proceeds made from donations at each event will be donated to a different charity each week, including Help Refugees, Raw Foundation, and The Felix Project, with more to be announced closer to launch.

Organisers of the festival said that it will benefit from Flat Iron Square’s regular weekend-long Flea Market, with the market itself weaving right through the Common Ground site until 6pm weekly.

Flat Iron Square recently earned itself the reputation of the unofficial London party home of the World Cup for all nations this Summer, and it looks set to keep the party atmosphere alive in London’s new neighbourhood.

More information about the event and the weekly line-ups can be found at: www.commongroundlondon.com and www.flatironsquare.co.uk