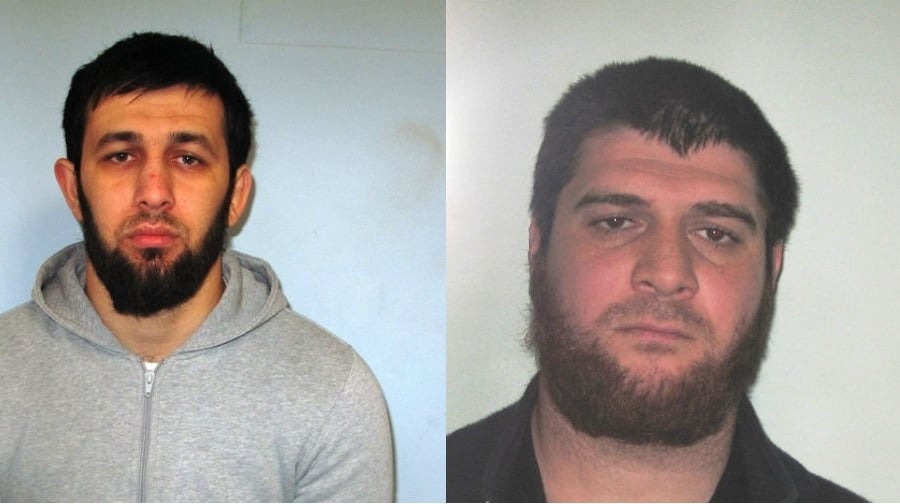 A Borough man, who was a member of a Russian network operating ‘cash mules’ to launder money for cyber criminals, has been jailed for seven years and three months.

Aslan Gergov, 29, of Bath Terrace, Borough was handed the sentence at Southwark Crown Court for two counts of conspiracy to defraud the UK Clearing Banks, and two counts of converting criminal property contrary to section 327(1)(c) of the Proceeds of Crime Act 2002.

He joins fellow Russian Aslan Abazov, 30, of Cromwell Road, Kensington who was sentenced to seven years and six months’ imprisonment for two counts of conspiracy to defraud the UK Clearing Banks and two counts of converting criminal property contrary to section 327(1)(c) of the Proceeds of Crime Act 2002.

On November 9 2014, five business accounts held at a leading high street bank were compromised by cyber criminals who used malware to transfer funds into ‘mule’ accounts opened by employees of Gergov and Abazov. The funds siphoned from the five accounts totalled almost £1 million.

One of their mules, Sergo Sahin, 26, of no fixed address, was sentenced to 18 weeks’ imprisonment for conspiracy to defraud the UK Clearing Banks between January 1 2014 and November 10 2014.

At earlier hearings, Andrejs Ignatjevs, 48, Victoria Road, Ruislip was sentenced to five months’ imprisonment for conspiracy to defraud the UK Clearing Banks between January 1 2014 and November 10 2014.

Kazbek Varitlov, 33, of Wesley Avenue, E16 was sentenced to seven and a half months’ imprisonment for conspiracy to defraud the UK Clearing Banks between January 1 2014 and November 10 2014.

After the funds were transferred from the original business accounts, the cash was laundered through 166 mule accounts prior to being withdrawn at a number of venues across London including Heathrow Airport.

Typically, the gang would exchange 2000-4000 Euros at each currency exchange they visited.

Activities undertaken by the gang to launder the funds included Sahin buying items of women’s jewellery at Cartier, a white gold bracelet for £3,400 and a white gold, diamond love necklace for £2,970. Both items are believed to have been destined for Russia and Sahin bought the items using the name of ‘Marcin Rybnik’.

Gergov, Abazov and Sahin were also caught on camera at a west London store where they had bought Euros via a mule account totalling £2,504.

Ignatjevs and Varitlov were arrested as they attempted repeatedly to buy large sums of Euros from foreign exchange outlets at Heathrow Airport.

A subsequent search of Vartilov’s address resulted in the recovery of a large quantity of bank debit cards, none of which were in his name.

Detectives determined that Abazov and Gergov were the principle organisers of the group. Both were arrested on October 14 2015 and they were charged the following day – both were remanded in custody.

Analysis of their computers provided evidence of them jointly deciding which bank accounts were opened, orchestrating the movement of the money in and out of the UK and controlling the activities of the mules. They were also found to be controlling similar money laundering operations throughout Germany, Austria and Poland.

Another method the gang used to move funds abroad was to buy high value watches or jewellery in the UK and employ a mule to take it to Russia, possibly by wearing it on a flight. When it reached Russia the item would be resold to recoup the funds.

Detectives established there were further victims. Information obtained from a number of devices belonging to the gang evidenced further losses to additional victims of around £3.5 million over a two-year period, bring the known total of their fraudulent activities to around £4.5million. However, total losses to victims due to the activities of this network are thought to be far in excess of this figure.

Abazov and Gergov were also using their illegal earnings to fund a building project in Nalchik, Russia that had been underway for 12 months.

The network was run via a system of hierarchy with the mules being at the bottom and Abazov and Gergov at the top – they liaised with the cyber criminals who had originally hacked the business accounts.

Detective Inspector Jason Tunn, of the Met’s Operation Falcon, said: “The evidence in this case showed that Gergov and Abazov were the head of a sophisticated, highly organised, international money laundering project operated to support global cyber crime activity.

“The losses sustained by the UK victims were significant, with evidence produced to the court showing that the gangs’ profits were being used to fund building projects in Russia in further efforts to launder their criminal proceeds.

“Their convictions demonstrate the determination with which the MPS will actively pursue these criminals to disrupt their activities and arrest them.”

Legal proceedings will now commence under the Proceeds of Crime Act to confiscate assets.