Three people were injured in the incident, which is not being treated as terror-related at this stage 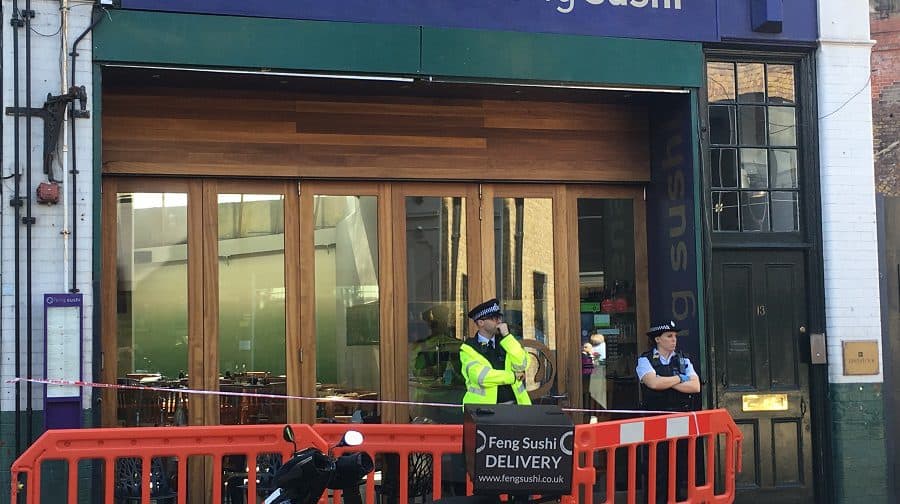 Three people have been injured after an envelope with an ‘unidentified substance’ was delivered to a Borough Market restaurant.

Police were called to the incident at Feng Sushi, in Stoney Street, at 1.38pm today. Forensic investigators are also in attendance.

The property has been evacuated as a precaution and three people have been treated for minor injuries.

A crime scene is in place but no arrests have been made and police are not treating it as a terror-related incident at this stage.

Met Police officers, London Ambulance Service, and London Fire Brigade were all at the scene.