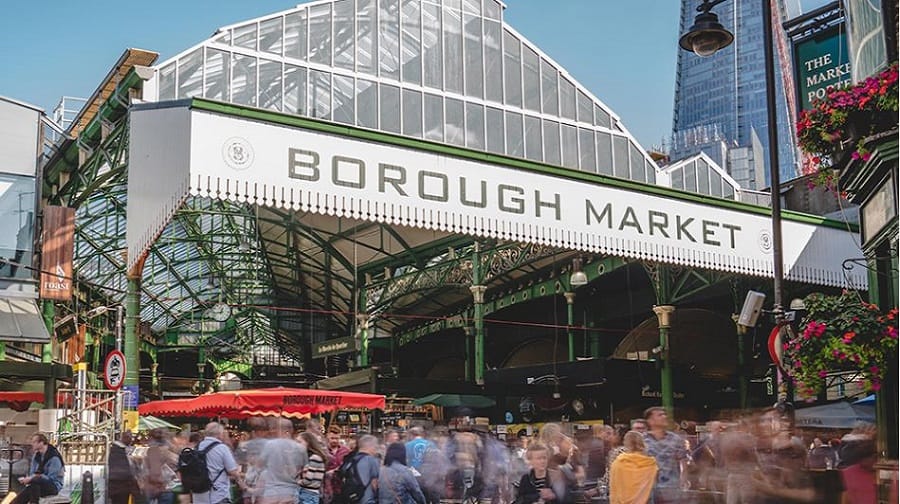 A slew of staff ranging from senior management to cleaners have lost their jobs at Borough Market over the coronavirus crisis.

A raft of jobs are threatened as crowds are ordered to stay away from the normally bustling tourist destination.

These job losses are understood to include senior managerial posts but also security guards and cleaning staff, with up to half of market personnel affected.

According to a source, the decision was made last week, only a day before the Chancellor unveiled his coronavirus jobs retention scheme.

This scheme means that the Government will pay up to 80 per cent of salary of workers who have lost their roles over the crisis, as all but the most essential venues have been ordered to close.

“The market remains open through it all, but as things stand, alternate prospects for our former colleagues are bleak,” said a source.

Darren Henaghan, the market’s managing director, confirmed that job losses were made last week – but said they would now be reviewed following the scheme outlined by the government.

The move does not affect the market’s traders, or those the traders employ themselves.

“Like so many other organisations, we are wrestling with the severe impact of the coronavirus outbreak,” said Mr Henaghan.

“Our priority has to be securing a viable future while still supporting our traders.

“With deep sadness we had to tell some of our marvellous staff – across all levels including senior management – that their roles were at risk.”

Mr Henaghan did not say whether the market would make an application to the retention jobs scheme for each and every single employee who was told they would lose their job.

In response to follow up questions by the News, a spokesman added that the market is waiting to hear back on the detail of the scheme.

“These discussions took place before the Chancellor’s announcement concerning relief available for employees,” said the market’s managing director. “We now have new options to review.”

Last week the market’s senior staff vowed that it would survive the coronavirus outbreak, as it had previously withstood wars and the London Bridge terror attack.

Officials at the world-renowned marketplace had also pledged they would roll out deliveries of traders’ foodstuffs to anywhere within the M25.

At the time of writing, the market remained open as it supplied foodstuffs. Outdoor food markets are the one exception to the government’s order for all markets to close on Monday night.

Other ‘non-essential’ outlets have also been forced to shut their doors, including electrical shops and beauty salons among others.