Borough Market: No deal Brexit would be ‘disruptive’ and ‘destructive’ warns trustee chair

Ms Elliott raised fears that if traders' voices weren't listened to in a no-deal Brexit, some businesses could be wiped out "almost overnight" 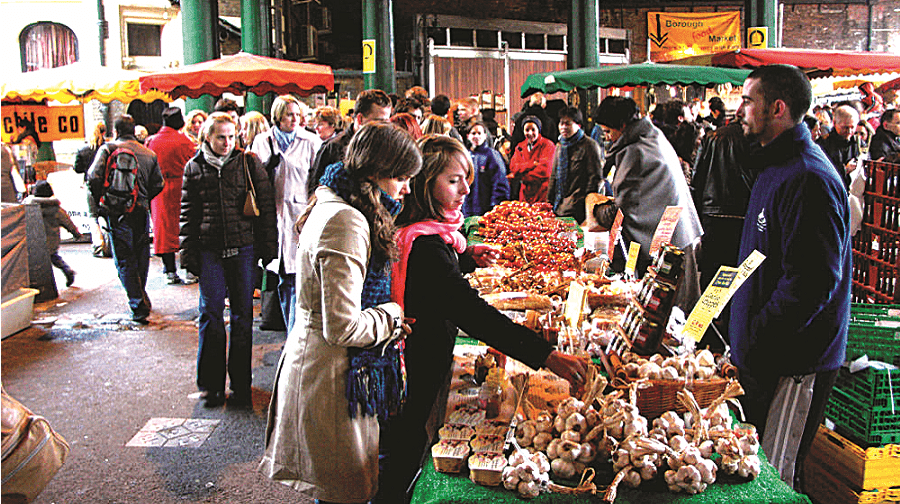 A “disorderly exit” from the EU would be disruptive and value-destructive for traders at Borough Market according to a senior figure at the institution – leaving some businesses wiped out “almost overnight.”

In a blog post on the Market’s website, Christine Elliott, chair of the market’s trustees, raised fears that a no-deal Brexit could disrupt food supply chains criss-crossing the continent which traders rely on.

Some products imported – such as French cheese, Spanish ham and Greek olive oil – were in small batches and perishable, meaning they could not be stockpiled to ensure supply, she warned.

She said: “As a result, there is the very real prospect of businesses that have been built over many years, with great love and expertise, being destroyed almost overnight if their needs aren’t taken into account. That would be a tragedy.”

However, she added that the status quo is “problematic” for food traders, as it relies too much on imports and mass production of food, “whose apparent cheapness hides the public cost of low pay, ill health and environmental damage.”

Ms Elliott also called for food standards and workers’ rights in the industry to be maintained if and when the country leaves the single market.

“Whatever happens, we at Borough Market will do whatever we can to ensure that people continue to have access to the best British and international produce, created with a clear commitment to sustainability and ethics,” she said.

“All we can hope is that the solution to the Brexit dilemma helps us rather than hinders us in this aim.”

READ MORE: Ahead of the Brexit vote: How is Southwark affected?

Warnings have previously been raised about the impact of a no-deal Brexit by a cross-party council panel last month.

Witnesses called upon by the panel expressed concerns about the possible impact of a no deal exit on local businesses, particularly those in hospitality, construction, social care and IT.