Witness talks of the horror of the stampede 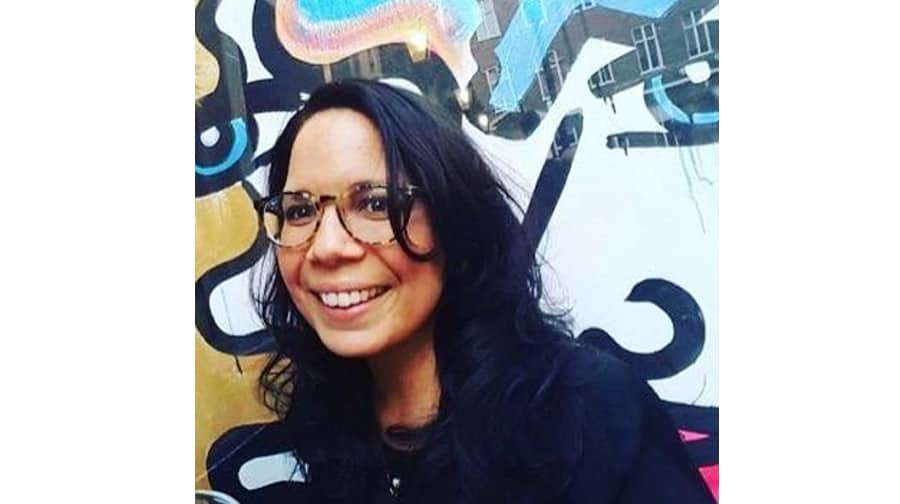 Borough Market seller Nadia Saad was among fellow Londoners and tourists caught up in a stampede of people running for their lives as police shot a knife-wielding terrorist on London Bridge last Friday afternoon.

The 43-year-old had jumped on the 388 bus heading northbound over the bridge only seconds before Usman Khan raced from Fishmongers’ Hall and over the road barriers, chased by brave members of the public, some who may have seen him moments earlier stab two men and three women.

The convicted terrorist, who took the lives of Cambridge University graduates Saskia Jones, 23, and Jack Merritt, 25, was not visible to Nadia. In her mind the carnage unfolding was possibly a road traffic accident up ahead.

“The bus got half way over the bridge and then I heard sirens, which I thought they were from a fire engine and thought I best get off the bus and walk,” she told the News.

“The bus driver said ‘you can’t get off sorry – the barriers’.”

But within moments everything changed as the terrifying sound of gun shots overlapped with calls from the police to ‘run and not walk off the bridge’.”

“I heard three or four gun shots, a gap, then three or four more gunshots, possibly an echo from the first. I immediately shouted ‘that was gun fire’ and turned to the other passengers and told them ‘we need to get off the bus’.”

“I knew that there was only one passenger upstairs because I had just come down and shouted at him to get off too. I ran to the bus behind us and was banging on the windows telling them to get off. I even ran up to a couple of cars and did the same.

“The police had blocked the bridge so quickly, in about 90 seconds. They were so quick. We found ourselves outside the Barrowboy and Banker pub. The police were like, move down. Borough Market was packed that afternoon, but these officers had everything very much under control,” she said.

Among the cars and buses at a standstill on the busy bridge was a white van that had stopped diagonally. Police swooped onto the van to check it contents, but it was not part of any plot.

As a police helicopter could be heard overhead armed, officers turned up. “They were shouting, there was no asking, shouting and rightly so,” said Nadia.

Nadia and others had made their way right down to a café on Beadle Street. “I started telling people to get away from the window, because it was just glass.

“The café staff were just great, they were giving everyone water.

“Everyone was just looking after each other. I was talking to some young tourists and telling them that it was okay, the police were taking care of it. And they were, those guys are amazing.”

But Manchester-born Nadia admitted that the ordeal was absolutely terrifying: “It’s the stampede that’s so scary, because you don’t know exactly what you are running from,” she explained to the News.

“But the police were so incredible they were all over it and that gives you such a sense of comfort when all those terrible thoughts of what is really going on races through your mind.

“This is the best city in the world and Londoners are the best, that is how I felt amid all the fear and panic.”

Twenty minutes later Nadia found herself walking back to Borough Market to check on her work colleagues situated in the centre of the foodie attraction.

“Borough Market was like a ghost town, most had been moved down Southwark Street, right the way past Menier Chocolate Factory and on past Southwark Bridge,” she said.

While some traders in Borough Market were forced to leave their businesses unattended and flee, others had opened their doors to let people come inside and hide on lockdown.

Nadia told the News that this was especially difficult for those who bore witness to the night of bloodshed in Borough Market in June 2017.

“I was not working at the market back then but I know people who were.

“A good friend of mine last Friday found herself again behind closed doors.

“She was unable to look out and hiding with other people she cried as she heard the stampede of people race by, some banging to be let in, without her knowing what could really be going on the cobbled street outside.”

The following day Nadia and her fellow market traders were back selling their wares and she says she was pleased to see tourists, locals and even families return in their hundreds to Borough Market and show once again that terrorism will not prevail in London.