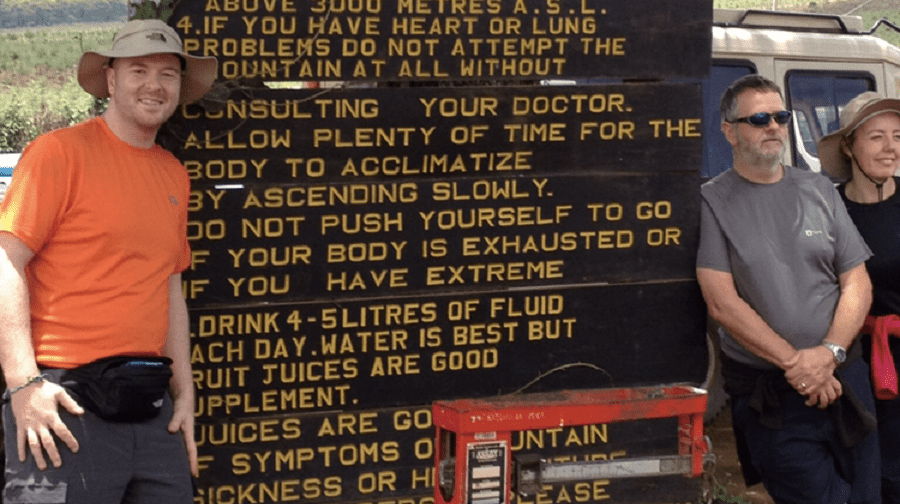 A Borough pub landlord will pay tribute to a much-loved colleague who died from bowel cancer by hosting a karaoke fundraiser.

Landlord Tom Flynn, 40, was inspired to hold the event at the Greene King pub after fellow landlord Bill Leigh passed away last year.

Bill, who was 58 when he died, oversaw the Caernarvon Castle pub in the Wirral and the pair took on Mount Kilimanjaro together in 2013 to raise money for Macmillan, before Bill was diagnosed.

“Everyone has had a friend or relative who has been touched by cancer,” said Tom.

“But when it’s so close to home, it makes our partnership with Macmillan feel even more important.

“For us Bill was a really special guy, so I’ll be saying a few words about him on the night.

“Fingers crossed we can raise as much money as possible for such a worthy cause.”

The event will see pub staff and customers sing their hearts out to classics and karaoke favourites such as Journey and Queen – and they are encouraging Londoners to come down to the event, where a choirmaster and band will be playing.

The night kicks off from 6.30pm and is part of Macmillan May, Greene King’s largest fundraising event of the year, which will see more than1,750 of its pubs across the country coming together to support the charity with a fundraising target of £300,000.

The money raised will fund vital support from Macmillan Professionals to help people living with cancer.

Rachel Gascoigne, partnership manager at Macmillan Cancer Support, said: “Events like these are the reason why our partnership with Greene King has been so successful.

“We’re incredibly grateful to The George and their guests for their support and I’d like to wish them all the best of luck for their Macmillan May event.”