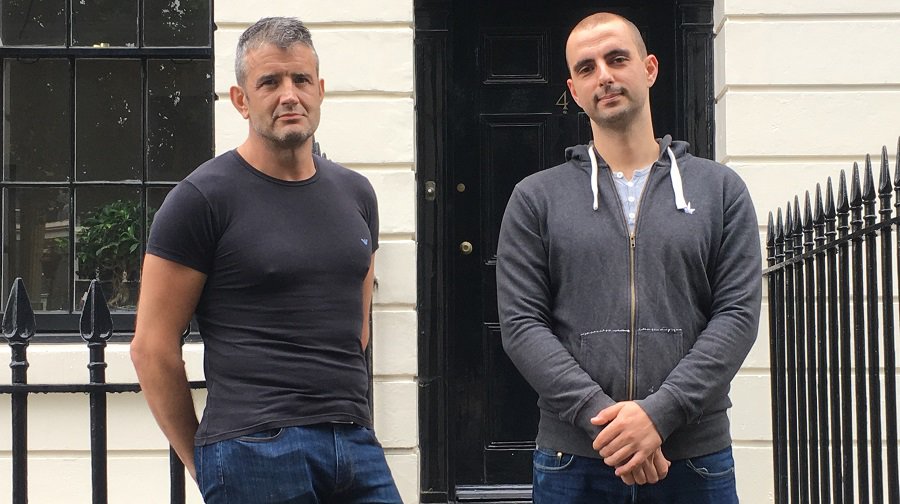 Residents in Borough claim a charity set up by Henry VIII has locked them out of their garden for months.

Morgan Mackinnon and Johnnie Mitchell, who live in Trinity Church Square, say Trinity House locked them out of the communal garden after they clubbed together with other leaseholders to buy the freehold to their building.

An Upper Tribunal ruled that the residents had a permanent right to use the garden, rather than to the freehold of the garden.

But the charity, which plans to appeal the decision at court in November, has installed a padlocked break-glass lock, preventing residents from entering it.

Mr Mackinnon, who co-owns one of the flats with his disabled 69-year-old mother, said he was concerned she would not be able to leave the building through the rear exit in an emergency.

“The type of property this is was a major factor in her choosing it as her retirement home and it’s a major worry for me that she no longer has it [the garden] as a space that she used to really enjoy and, more seriously, if there’s an emergency she can’t exit,” the 31-year-old said.

“When we moved in my mother spent about £600 on garden furniture for everybody’s use and that’s been locked in the garden.

The communal garden shared by the residents

“I don’t think the garden forms part of the house, however there’s no other use it can be put to – it can only be accessed by those properties.

“It’s especially surprising that a charity would behave like this.”

Mr Mitchell, 50, said a man with a young family recently moved out because he was “so unhappy” and that a woman in her 80s living upstairs no longer had access to the outside space.

In a statement to the News, a spokesperson for the Corporation of Trinity House said the charity had accepted the claim for the freehold of the building, but that residents had been offered a licence to use the garden rather than the freehold.

“The Upper Tribunal ruled that the residents were not entitled to acquire the freehold, but were entitled to a permanent right to use the garden,” the charity said.

“One break-glass lock was installed on the back exit of the building; this lock legally complies with all fire safety regulations.

“The only issue that remains outstanding is the question of what type of licence the residents have over the garden and this will not impact on the price [for the freehold of the building] that has been agreed with the residents.”

The Corporation of Trinity House of Deptford Strond was incorporated by Henry VIII on May 20, 1514.

The charity is dedicated to safeguarding shipping and seafarers, providing education, support and welfare to the seafaring community