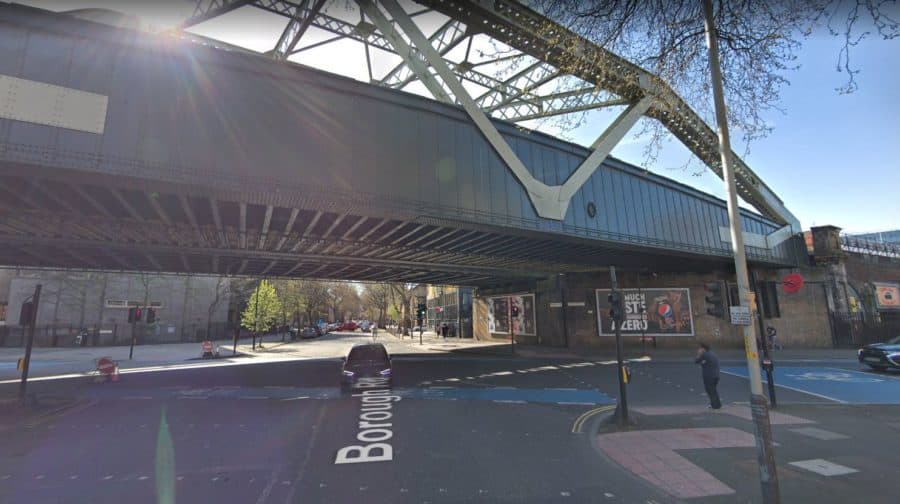 Sections of Borough Road and Southwark Bridge Road are closed in both directions this afternoon after ‘debris’ reportedly fell from the overhead railway bridge.

TfL said that Borough Road is closed in both directions between St George’s Circus and Newington Causeway and Southwark Bridge Road between Marshalsea Road and Keyworth Street for emergency bridge works.

Debris is understood to have fallen from the bridge above, sparking Network Rail to investigate yesterday evening.

Junction of Southwark Bridge Road & Borough Road is closed after heavy rail clips fell from railway bridge. Police cordoned off the area to protect pedestrians, cyclists and traffic. @networkrail currently making repairs this eve (may not be complete till midnight) Best avoided pic.twitter.com/tFGNiH0yuP

According to ward councillor, Victor Chamberlain, the incident was caused after “heavy rail clips fell from [the] railway bridge.”

The News has contacted Network Rail, which manages the railway, for comment and will update this article with further details once we get them.

Elderly Dulwich residents take to the streets to fight LTNs