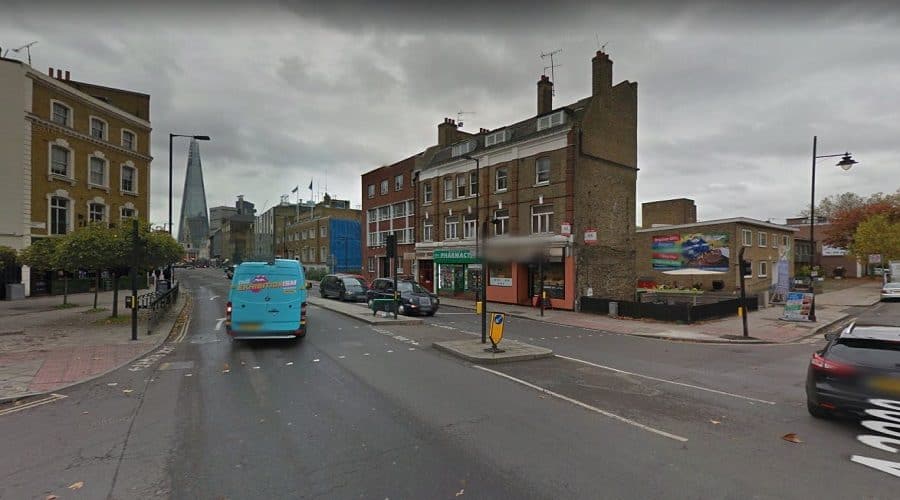 Segregated cycle lanes would be created on either side of Borough Road (pictured with junction of Harper Road) under the plans Image: Google Maps

Southwark Council is proposing to create segregated cycle lanes on either side of SE1’s Borough Road.

Under recently published plans for the major thoroughfare, which runs from St George’s Circus to Borough High Street, the lanes would also be followed by an early release for cyclists at the Southwark Bridge road junction and a separate cycle signal at the Harper Road junction.

Council officials said consultation on the changes were necessary because of high traffic speeds and volumes in Borough Road and nearby Harper Road.

It also said buses are slowed down by the lack of a continuous bus lane through the Borough Road and Harper Road junction.

The move has been welcomed by Transport for London, which said: “We’re pleased to see Southwark Council’s proposals to make Borough Road safer for people walking and cycling, including segregated cycle lanes.”

But in response, one social media user said: “Borough Road is already very safe for walking and every road that crosses it already has cycle lanes.

“At the junction with St George’s Circus most bikes ignore the lanes and use London Road not Lambeth Road cycle lanes.”

The full details of the proposals can be found and feedback given by searching ‘Borough Road Healthy Streets’ on Southwark Council’s website.

The consultation is open until November 4, 2019.