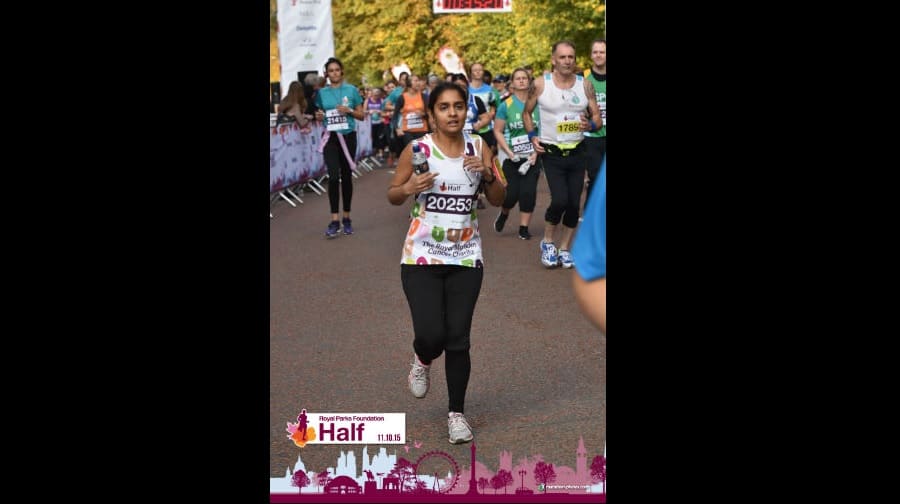 A Borough woman whose family has been plagued by cancer is running a half marathon in memory of her mother, who died five days after her eighth birthday.

Fatima Alam, 28, will run the Royal Parks Foundation Half Marathon next month to try raise £500 for The Royal Marsden Cancer Charity, to help people ‘build a future beyond cancer’.

Having her father survive throat cancer and her nan pass away from breast cancer, Fatima said she was determined to avoid “my beautiful niece and nephew experiencing the pain of losing their parents to cancer.”

She said: “I lost my mother to breast cancer just five days after my eighth birthday and have always struggled to come to terms with it.

“It was only after a heart felt conversation with my best friend a few years ago that she encouraged me to run a 5k with her, to try and channel my pain and loss to something positive that will help others.

“Raising money for charity has allowed me to express myself and share my feelings with others.”

She added: “I decided I’d like to run again in memory of mum, and to raise money for The Royal Marsden Cancer Charity. They help suffering patients, and are pioneers in new research. I hope that any money I raise can help all those families currently suffering to turn their lives around.”

More than 16,000 runners will join Fatima at the starting line at Hyde Park to run the route dubbed the ‘most beautiful run in the world’s greatest city’.

Now in its ninth year, the aim of the Royal Parks Foundation Half Marathon is to raise money for charities big and small, and each year the event grows in popularity, getting bigger and better.

Since 2008, the event has also raised a whopping £25 million for approximately 650 charities.

To support Fatima visit her fundraising page on